In less than ten years, exascale computing will transform research and industry 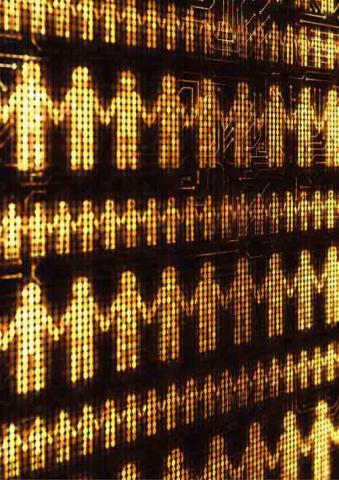 Simulation has become the third pillar of science, alongside theory and experimentation. It can be applied from subatomic levels through to whole human beings. Experts in supercomputing predict that the supercomputers of the future, based on exascale technology, will allow for one trillion (one million billions) calculations per second with a speed one thousand times greater than the fastest machines available today. This power will benefit research in fields like medicine and allow researchers to carry out simulations of cells and living beings that will improve the study of disease and foster the development of new, cheaper, more effective drugs.

Researchers believe that exascale calculations will be possible as of 2020. In order to meet this goal, scientists and engineers are facing important challenges, including creating powerful software to work with enormous amounts of data and, above all, cutting back on the colossal amount of power required by these supercomputers. Tihane-2, in China, is the most powerful supercomputer in the world at the moment, capable of carrying out 30,700 billion calculations per second. For it to work with exascale technology, it would need 1.6 gigawatts of electricity, enough to power approximately 2,000,000 homes.

From 18 to 20 September, experts in high-performance computing and biomedicine from the United States, Canada, Germany, Switzerland, the United Kingdom and Spain are meeting in Barcelona at the scientific debates Towards in silico humans: A challenge for Exascale computing area organized by B·Debate and the Barcelona Supercomputing Center (BSC-CNS) and Institute for Research in Biomedicine (IRB Barcelona) joint computational biology research program.

The scientific director for the event is Dr. Modesto Orozco, principal investigator for the Molecular Modeling and Bioinformatics laboratory at IRB Barcelona and director of the BSC-CNS Life Sciences Department. He is an expert in the theoretical study of biological systems.

Noteworthy participants in these B·Debate scientific debates include Anyan Varghese, head of development and implementation of high-performance computing strategy for the EU; Peter Coveney, director of the Center for Computational Science and honorary professor in Computer Science at University College London; Joan Guinovart, director of IRB Barcelona and president elect of the International Union of Biochemistry and Molecular Biology (IUBMB); Francesc Subirada, co-founder and deputy director of BSC-CNS; and Alfonso Valencia, head of the Structural Computational Biology Group at the Spanish National Cancer Research Center (CNIO).