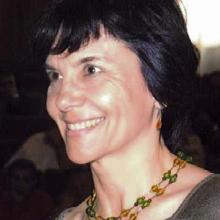 In the scientific domain, Prof. Torras has published five books and near three hundred papers in the areas of artificial intelligence, computer vision, neurocomputing and robotics. She has led 12 European projects and supervised 18 PhD theses on these topics, and she is currently Editor of the IEEE Transactions on Robotics. She was Associate Vice-President for Publications of the IEEE Robotics and Automation Society (RAS), and has been elected to serve in the governing board of IEEE RAS in the period 2016-2018.

Prof. Torras was awarded the Narcís Monturiol Medal of the Generalitat de Catalunya in 2000, and became ECCAI Fellow in 2007, member of Academia Europaea in 2010, and Member of the Royal Academy of Sciences and Arts of Barcelona in 2013.

In the literary domain, her robotics novel, La mutació sentimental (The Sentimental Mutation), won the Manuel de Pedrolo Prize and the Ictineu Prize to the best Catalan science-fiction book published in 2008, and it was later translated into Spanish. She has contributed to several collective volumes, and her story La vita e-terna won the 2014 Ictineu Prize to the best SF short story.

Prof. Torras has participated in many activities to promote Ethics in Robotics: she has delivered talks at local, national and international venues (e.g., at ICRA-13’s forum “Robotics meets the Humanities”), and she has written essays on science fiction and ethics. She is currently developing some pedagogical materials to teach Roboethics based on her novel The Sentimental Mutation.