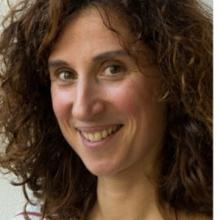 My scientific path has started in a context where genetic tools were lacking for the functional genomics of mollicutes while genome sequences were getting available for several species. During my PhD studies in A. Blanchard lab’s, most of my work has been dedicated to the development of replicative plasmids and transformation methods that could take advantage of all the knowledge from the genome sequence to investigate cell physiology and host-pathogen interactions. Then, I joined Dr. J. Glass’ group as a post-doctoral fellow to work on the emerging so-called synthetic biology (SB) project developed at the J. Craig Venter Institute. There, I was one of the main actors who accomplished the complete chemical synthesis of a mycoplasma genome, its assembly into yeast and its transplantation into a phylogenetically related recipient cell. This work opened the way to many developments for the study and the manipulation of mollicutes and, hopefully in the future, many other micro-organisms. I’m now working as a principal scientist in A. Blanchard lab’s, and our team is at the front line of the major developments in synthetic biology field.