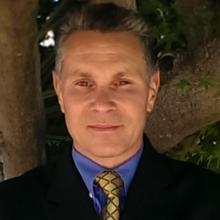 Dr Kevin Francis joined Xenogen, now part of PerkinElmer, in January 1999 as Director of Infectious Disease Research, subsequently becoming Head of Biology R&D. He is currently a PerkinElmer Fellow, helping to direct scientific innovation within the company and steer collaborative research externally with its extensive customer base. In February 2008 Kevin was awarded an Honorary Professorship in the Department of Surgery at the University Medical Center Groningen, and served as Visiting Professor in the Faculty of Natural Sciences at Imperial College between January 2013 and August 2015. He is currently a Visiting Professor in the Department of Orthopaedic Surgery at UCLA, helping to develop clinically relevant models of orthopaedic implant infection. Kevin received his Ph.D in Molecular Biology from the University of Edinburgh in 1994, and has been involved in the development of novel bioluminescent reporter systems and in vivo models of disease for the past 25 years.