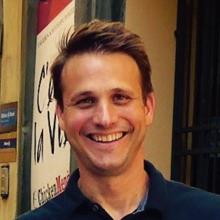 Dr. Bogyo is a Professor of Pathology and Microbiology and Immunology at Stanford University. He received his doctorate in Chemistry from Massachusetts Institute of Technology in 1997. Dr. Bogyo established an independent scientific career as a Faculty Fellow at the University of California, San Francisco in 1998, where he supervised a small laboratory of post-doctoral fellows and students. In 2001, Dr. Bogyo was hired to establish and direct a Chemical Proteomics Department at Celera Genomics focused on applying small molecule probes to the field of drug discovery. Dr. Bogyo then joined the Department of Pathology at Stanford University in July 2003 and was promoted to Associate Professor in 2009 and to full professor in 2013. His laboratory works on the development of new chemical probe technologies that are applied to study the role of proteases in complex biological pathways associated with human disease. Dr. Bogyo has published over 200 primary research publications and currently serves on the Editorial Board of several prominent research journals. He was the President of the International Proteolysis Society from 2007-2009 and is the chair of the Gordon Research Conference on Proteolytic Enzymes and Their Inhibitors in 2018 and the Imaging in 2020 meeting in 2016. Dr. Bogyo is a consultant for several biotechnology and pharmaceutical companies in the Bay Area, including the company that he co-founded, Akrotome Imaging.