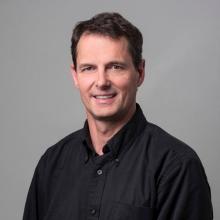 Matthew Porteus MD, PhD is a Professor in the Department of Pediatrics and Institute of Stem Cell Biology and Regenerative Medicine and Child Health Research Institute at Stanford. His primary research focus is on developing genome editing as an approach to cure disease, particularly those of the blood but also of other organ systems as well. His research program has made important discoveries in advancing the field of genome editing including the first use of genome editing using engineered nucleases in human cells and optimizing the use of the CRISPR/Cas9 system in primary human stem cells. He also works as an attending physician on the Pediatric Hematopoietic Stem Cell Transplant service at Lucile Packard Children’s Hospital where he cares for children under going bone marrow transplantation for both malignant and non-malignant diseases. His goal is to combine his research and clinical interests to bring innovative curative therapies to patients. He served on the National Academy Study Committee of Human Genome Editing and as a History and Science major at Harvard he wrote his undergraduate thesis on the social interpretation of the recombinant DNA controversy in the early 1970s.