The origins and causes of Alzheimer are unknown; it is impossible to prevent and diagnosed late; there is no drug available to curb or slow down its progress. Increased life expectancy coupled with a lack of solutions for Alzheimer and other related dementias will lead to serious social and healthcare problems in the future. These diseases aren’t treated in the healthcare system but do consume many resources indirectly and are costly for both families and society. According to data from the Alzheimer’s Disease International World Report 2009, there are currently more than 35 million people around the world suffering from some type of dementia and this number is expected to surpass 115 million by 2050. In Europe there are roughly 10 million people with this condition, more than 600,000 of which are in Spain.

Learning about, treating and fighting these diseases requires a new approach to research with fresh ideas both in the scientific arena and in funding. It is high-risk research but, if successful, is also high return for science and society. This is how it is understood by the Pasqual Maragall Foundation, which is starting up a Transformative Research Program to support non-traditional projects that can defy the established scientific paradigms. Under this framework the Pasqual Maragall Foundation, with collaboration from B·Debate International Center for Scientific Debate Barcelona, an initiative of Biocat and “la Caixa” Foundation, brought together key figures from large agencies around the world with specific commitments in the field of transformative research in Barcelona for the debate workshop Good Practices for Fostering Transformative Research in Health and Life Sciences.

Why has the Pasqual Margall Foundation chosen transformative research as a tool for Alzheimer research?

Most basic research done around the world is, generally, incrementalist in nature, and opportunities to support people with unconventional ideas are limited, among other reasons because our world tends to be more conservative. Often times ideas that aren’t fashionable, are highly risky or uncommon, aren’t very successful. Choosing transformative research and deciding on a project is complicated. They are projects with a low chance for success but, if successful, the return is massive.

Faced with the challenge of dementia and Alzheimer, the Pasqual Maragall Foundation believes that it makes sense, is legitimate and ethical to add to and not substitute research being done around the world, a focus more oriented towards high-risk projects. Unconventional both in the way researchers are found and in selecting projects and funding them. We believe that this is more valuable than a conventional project, of which the scientific world already has many. They are projects that, if successful, have an extraordinarily high impact on society.

How can we foster new forms of research that take risks and have viable applications?

Transformative research not only requires selecting, deciding on and choosing projects in an unconventional way but also attracting economic resources and working in a way that differs from what is done in most basic academic research. For example, in the world of transformative research we must find people who aren’t dependent on publishing or following a specific “formal” career path because anything can happen with this type of research, and just as the successes obtained can be extraordinary there is also a high risk of failure.

We want scientists to be in the laboratory, to focus on their research. For this, groups must have management support, so researchers aren’t distracted with bureaucratic paperwork because if researchers have to devote a large part of their time to submitting grant applications every two or three months they aren’t focusing on their research. Moreover, this research requires very small groups and that means that the main researcher must work directly on the experiment, not just manage it.

Innovative researchers and investors willing to take risks. How are these two factors combined?

What we want is complicated; we are looking for money, flexible funds, and want to be able to assign and administrate them according to very uncommon rules of the game. We know this isn’t easy and the current state of pessimism and fear makes it even more complicated. But we have to think about the future of our descendents, and that forces us to be open to these new opportunities. This is our attitude, and that doesn’t mean we’re crazy.

Many, not to say most, of the great discoveries come from unintended observations or knowledge from areas of science very different from those where it later has an impact. Looking at the game from other viewpoints can be extremely fruitful. For example, we are ever more convinced that it is important to set aside part of the groups’ resources for fields that have nothing to do with Alzheimer and neuroscience, or even medicine and biology.

And in this environment, how can we encourage investors?

The current situation is very negative for finding funding, but it’s also true that we don’t go after standard investors, although we do also look for public funds, but we are seeking out investors that know they are taking a big risk, that these are very long-term investments, but that if they do pay off the return is extraordinary. It is difficult to find this type of investor, what we call “social investors”, who are looking for financial yield but worry less about this if there is also a specific social impact. It is still a minority group but it exists and we are moving within this unconventional formula.

At the debate workshops “Good Practices in Fostering Transformative Research in Health and Life Sciences”, for which you were the scientific director, it was made clear that this new scientific movement is viable

The most committed, longest-running, international research agencies are starting to be aware that they have to open up new specific lines of support for transformative research, and these support programs require non-conventional selection and review processes. At this first international meeting on good practices in transformative research, we shared different aspects of a little-known type of research. The debates allowed us to exchange knowledge, identify good practices and, in short, learn from the experience of each of these international agencies, like the Volkswagen Foundation in Germany or the Howard Hughes Medical Institute in the United States.

Additionally, this event has helped legitimatize the Pasqual Maragall Foundation project with international agencies, explaining what we are referring to when we speak of transformative research. Only if we use knowledge to contribute effective solutions will we be able to minimize this problem, and I want to stress that only by committing to science can we be successful, even if the probability of success is small. 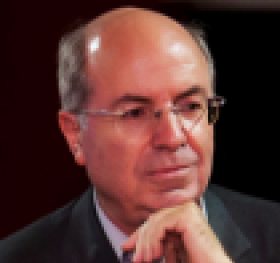