We need to know a lot about psychology, biology and mathematics to understand the immense complexity of the brain

Neurotrophic factors are small proteins that play a key role in neurons “quality of life”. They regulate neuron growth, are involved in metabolic functions and in the ability of nervous cells to communicate with each other and with other targets (muscles, glands, etc.) through neurotransmitters, the molecules that transport chemical signals. For all of these functions, neurotrophic factors play a key role in the functioning of the nervous system throughout an individual’s lifetime. Moses Chao has devoted his life to studying these neurotrophic factors.

In recent years, neuroscience has undergone a huge transformation. In your opinion, what have been the main changes?

Brain research is a field of science that is full of mystery and exciting discoveries and, moreover, has fundamental consequences for individuals, families and society as a while. Neuroscience began as the study of Physiology and is currently made up of many different fields, including Psychology, Mathematics, Computational Science, Economic Sciences and Decision Making. This is a very new phenomenon because there is currently great interest in understanding how the brain works and the answer to this question is highly complex and relevant to many, many fields of knowledge.

The title of this event organized by B·Debate is How Mind Emerges from Brain. What do and don’t we know about this topic?

These events are highly valuable as a place to share information on the most important issues that are of interest to many neuroscientists, such as the way in which environmental stimuli change the brain, what changes the brain undergoes during the learning process and in memory, which neuronal circuits are formed during the first stages of development, etc. The brain and the mind are a great area of research right now. There is a series of new techniques that are trying to find answers to these questions but we are still wet behind the ears in terms of understanding the human brain.

Your laboratory is working on various proteins, growth factors, involved in the development and survival of the nervous system. Could you give us a quick overview of the main findings of your research?

We’ve been working on the receptors that unite growth factors like the nerve growth factor (NGF) and the brain-derived neurotrophic factor (BDNF) and how signals are sent between cells and the brain. NGFs and BDNFs are proteins that promote nerve survival and growth and as such as essential to the formation of the nervous system during embryo development. In recent years we have learned a lot about how they stimulate dendrite and axon growth in neurons and about neuron survival.

Is it true that during development our body produces twice the number of neurons necessary to create a functional nervous system? Why do we produce neurons we don’t need?

Yes, it’s true. During embryo development there an extra supply of neurons is created followed by a period of mass cell death. During this period, neurons must find their target, their own specific goal, and that implies a huge amount of orientation and signaling molecules to help them find their way. This is what growth factors do. It is a moment of fierce competition among neurons to find and reach their objective. The losers die in a process called programed cell death.
I think that this excess of neurons is, in part, to ensure that all of these connections are created correctly but we don’t yet know exactly why it happens.

What happens in the adult brain as we age? Do these molecules continue to work just as well?

The prevalence of Alzheimer, Parkinson and other neurological diseases is increasing. Does your research have any implication on our understanding and treatment of these diseases?

Of course. During the ageing process these growth factors often begin to disappear, and nerve connections begin to disintegrate. Low BDNF levels, for example, could be related to Alzheimer. We have used growth factors to treat diseases of the nervous system like Alzheimer and Lou Gehrig’s disease without success. Some clinical trials have shown that they have numerous side effects and that there is another problem: growth factors are large proteins that don’t easily cross the blood-brain barrier and don’t penetrate the tissue where we want them to act. We are now working to create smaller molecules with effects similar to those of growth factors and are doing in vitro tests with various tissues. We are still trying to identify the drugs that have a protective affect.

Do you think science will be able to solve this problem?

I think it’s a huge challenge, but I also think that many research groups and pharmaceutical companies have decided not to invest time and resources in researching these small molecules but rather prefer to work on diseases that are easier to find effective treatments for, like cancer for example. I think that neither the scientific community nor the pharmaceutical companies have made enough effort to research alternative therapies.

Various research projects are working to create virtual studies that simulate the human brain. The most famous is the Human Connectome Project. What is this? Do you think we’ll ever be able to reproduce the human brain with a computer?

There has been much debate on the human connectome. It’s similar to the debate that was sparked by the human genome project. The nervous system has one hundred thousand million neurons and each cell has thousands of connections with neighboring cells. The Human Connectome Project aims to create a map of all the connections among these cells. It’s a hugely ambitious project that should shed some light on how the neuron circuits are formed. Some people believe that the connectome won’t give us any information on neuron function or behavior. We’ll have to wait and see as the project develops. I think the information will be highly valuable to experts from many areas that study various diseases, as well as helping us understand how the nervous system is created.

Optogenetics is a technique that is poised to revolutionize our understanding of the brain. How can this extend our knowledge?

Optogenetics has revolutionized our knowledge of the brain! It allows us to change the activity of specific neurons in the brain using light instead of electric impulses. We only have to insert the genes of photosensitive proteins, which react to light, taken from algae, into the neurons we want to manipulate. This technique allows us to control their activity by merely turning on and off a light source. Many researchers use optogenetics to stimulate circuits in different parts of the brain. Trials have been done with roaches and mice and this technique is starting to be used to better understand the neurological foundations of anxiety, addiction and depression in humans. It is a powerful, innovative technique, but it is still in the experimental stages.

In your point of view, what are the main challenges facing neuroscience in the future?

I think that one of the main challenges is to understand very basic questions about the nervous system that can give us hints as to how to treat neuropsychiatric disorders. We still have a lot of questions. For example, with Alzheimer disease we know that an amyloid protein accumulates in the brain. We don’t know what function amyloid serves in the nervous system and many clinical trials are trying to find this out. It also seems that there are parts of the brain that are more vulnerable to injury than others and we don’t yet understand why. Simple questions like these, I think, will drive basic research in the future and give us a better understanding of the brain.

You are currently President of the Society for Neuroscience. What are the main goals of this association?

We aim to convince our politicians of the importance of basic research in general and, specifically, of the need to invest in neuroscience, as development in this field generates great benefits for public health and society in general. It is also important to promote programs to educate the general public. Children today, the adults of the future, are flooded and saturated with television programs and it is difficult to get their attention, but I think it is worth trying. 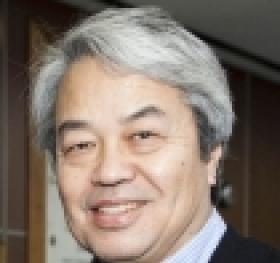