We should diversify the plant species in our diet

With the evolution of sequencing technology in recent years, the way and speed at which we study plant genomes has changed radically. In your opinion, what have been the biggest contributions of this technology?

The most important transformation is the amount of data we have generated. We’ve produced more genetic information in the past year than in all recorded history and in the next six weeks will probably generate more than in the previous twelve months. The rate at which data is being generated far surpasses that seen in any other field in the history of humanity. This is surprising and we really don’t know what to do with so much information because it is more than we can handle and process with the tools currently available to us. Before we thought that any laboratory could have access to this information and use it to make discoveries. In theory, that is the case, but in practice analysis is fairly complicated given the large amount of data involved. Having so much information allows us to ask questions about diversity, gene origins, etc. that only a few years ago were completely impossible.

You have spent your scientific career studying the genomic evolution of plants, identifying genetic changes that have come about over millions of years. Why are you interested in this topic?

I’ve always been interested in biology’s wide-reaching questions. The advantage of working with plants is that their biology is just as interesting as that of animals but there are less people working in the field and that increases your probability of making discoveries.
At the same time, certain biological processes are easier to study in plants and, plus, plants evolve very quickly. For example, transposons were first discovered in plants, as they are easier to see there, although they exist in all living organisms.

You have analyzed and compared the genomes of commonly used grasses like corn and rice with others like the sorghum found in Africa. What have you found?

These species have well-defined phylogenetic relationships that give us the chance to see the genetic changes that have come about in their genomes. We have seen that many plant genomes are unstable, that some lines are more unstable than others, and that this variability can change very quickly. Not only can genes vary, the rate of change can as well. We have learned that domestication isn’t an important factor behind genetic mutation because we have found the same rules in related wild varieties. We still don’t know why this occurs but it has an important impact on the generation of diversity. A higher rate of change leads to increased variability to select and find the best adaptations to the environment.

There are more than 9,000 species of grasses but our diet is based on very few crops. Should we diversify the species present in our diet?

Of course. We have many crops that are only used in very small regions, mainly for cultural reasons, while other species like corn, rice, etc. have been improved greatly thanks to the amount of time and money invested in them. In my laboratory and others we have analyzed the speed at which corn crop yield has improved and found that it has been 1% per year in the United States over the past 60 years. If you look at the amount of money this requires, the number of plant breeders needed, this 1% increase is huge. If we want to continue with this 1% annual increase over the coming 100 years, the whole planet would have to end up farming corn!

Other crops like barley or sorghum have received much less attention but if we apply the advanced technology available we could obtain improved yield of between 10% and 20%! The potential of these crops is huge. Nevertheless, no one is buying or farming them in the world. In some regions of Africa the situation is dire. Marketing forces have replaced local crops with more productive varieties of cereals, like corn, because they are more profitable. Putting the economy above scientific logic.

How could your research on the evolution of plant genomes benefit society?

Our comparative studies of plant genomes allow us to identify genes that generate the best varieties and, as a result, improve crops. For example, corn evolved in areas where drought wasn’t a threat to survival. Nevertheless, the corn genome, especially in terms of gene content and order, is closely related to that of sorghum, which developed in a drought-prone area. If a company wanted genes to improve the drought resistance of corn, I would suggest looking in sorghum, that they try to isolate the right genes and introduce them into corn. This approach is valid for any type of crop, small or large. Comparative genomics shows us where we can find a trait we are interested in and one of our hopes is that if we understand how this genetic variability is generated we will be able to manipulate genomes more effectively.

Is the industry using this genetic data to bring new products to consumers?

For the most important crops, like corn, we have found varieties that people are already using. But they are the exception. Genetic information is being used in laboratories to design more efficient crop programs, but we aren’t in the field of application yet.

In the history of agriculture, the chemical revolution brought about the development of pesticides, fertilizers, etc. Afterwards came the genetic revolution, which we are currently living. What do you think the future of plant research holds? Is there a third green revolution coming soon?

I think that we will be living the genetic revolution for a long time. Just like in human beings, plants have very few unique genes that really make the difference between health and disease. It is much more common for multiple genes to contribute to traits in varying proportions. Current genomic technology allows us to look and work with all of the elements involved in a specific aspect of a plant, for example drought resistance. And that will make a big difference in the future. 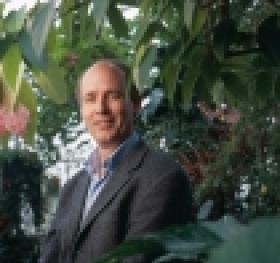