Jordi Camí, director of the Pasqual Maragall Foundation: "This model allows new research and development areas to emerge, as well as the development of instruments leading to observations that were previously impossible" 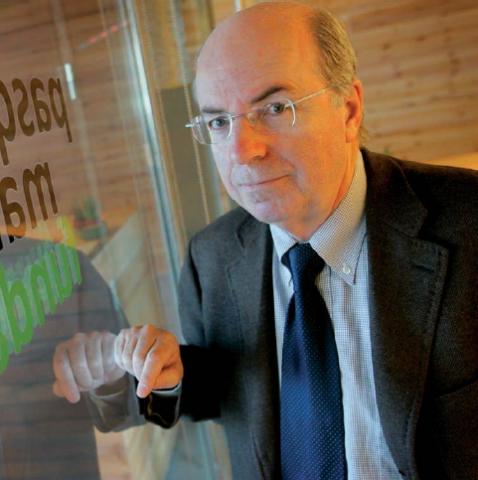 B·Debate International Center for Scientific Debate Barcelona —a joint initiative of Biocat and the “la Caixa” Foundation— and the Pasqual Maragall Foundation are proud to present the Good Practices for Fostering Transformative Research in Health and Life Sciences debate workshops, on 10 and 11 May 2012 at CosmoCaixa Barcelona.

“In the face of the stagnation of biomedical research in some areas, such as neurodegenerative diseases, we believe we must offer new opportunities and test alternative ideas and innovative approaches. The transformative research model encompasses everything from posing questions that push the limits of a specific field of science through defying existing knowledge, using non-conventional approaches,” explains Dr. Jordi Camí, director general of the Pasqual Maragall Foundation and of the Barcelona Biomedical Research Park (PRBB). “This model allows new research and development areas to emerge, as well as the development of instruments leading to observations that were previously impossible or the discovery of new knowledge,” says Camí.

For the first time in Barcelona, important international experts will meet to analyze success stories and funding methods for transformative research, as well as the application of these techniques in the life sciences arena and to diseases like Alzheimer. Noteworthy speakers include Jordi Camí, scientific director of the event; Montserrat Vendrell, CEO of Biocat; Enric Banda, director of Science, Research and Environment at the “la Caixa” Foundation; Wilhelm Krull, secretary general of the Volkswagen Foundation (Germany); Carl Rhodes, senior scientific officer at the Howard Hughes Medical Institute (USA); Ravi Basavappa, program director for the National Institute of General Medical Sciences (EUA); Diane Witt, program director and cluster leader for the Neurosciences at the National Science Foundation (USA); Alejandro Martin-Hobdey, head of unit for the Starting Grant of the European Research Council (Belgium), among others.

The Pasqual Maragall Foundation will present their transformative research program, which will be implemented in their new building on the UPF Ciutadella campus and which will recruit researchers from a variety of disciplines in order to contribute solutions to Alzheimer and other related neurodegenerative diseases. Roughly 36 million people around the world are estimated to have dementia, more than six million of which are in Europe and some 550,000 in Spain. Currently, 5% of the population over 65 years of age suffers from Alzheimer, the most common form of dementia, and increased life expectancy gives us reason to believe that these numbers will double in the next 30 years.

This event will feature some of the most important international institutions in the field of biomedical research, as they have successfully applied transformative research methodologies.

Spots limited. If interested, send your application form in a message with “Interès Transformative Research” in the subject line indicating your contact details to bdebate@bdebate.org.