The deadline to submit abstracts is 3 September 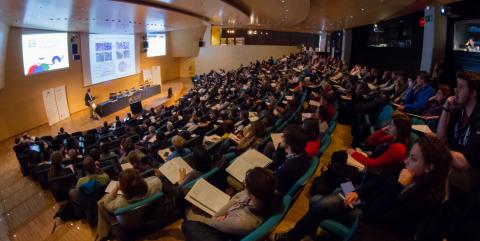 The second “Barcelona Conference on Epigenetics and Cancer” (BCEC) debate series will take place at CaixaForum Barcelona on 1 and 2 October 2014. This second edition is entitled 50 Years of Histone Acetylation: Barcelona Conference on Epigenetics and Cancer and will center on in-depth debate regarding the challenges, opportunities and perspectives of cancer epigenetics.

The event, co-organized by B·Debate (an initiative of Biocat and the “la Caixa” Foundation) and the Cancer Epigenetics and Biology Program (PEBC-IDIBELL), is celebrating the 50th anniversary of the paper "Acetylation and methylation of histones and their possible role in the regulation of RNA synthesis" published by VG Allfrey, R Faulkner and AE Mirsky in the prestigious journal PNAS in 1964. The article played a seminal role in establishing the relationship between histones and gene expression. Since then, Barcelona has been one of the cities in Europe with the greatest concentration of researchers working on histones and chromatin.

The program for the event is broken down into several scientific sessions, each featuring short presentations from researchers selected by the scientific committee. Researchers interested in submitting an abstract may do so using this online form through 3 September at 12 pm.