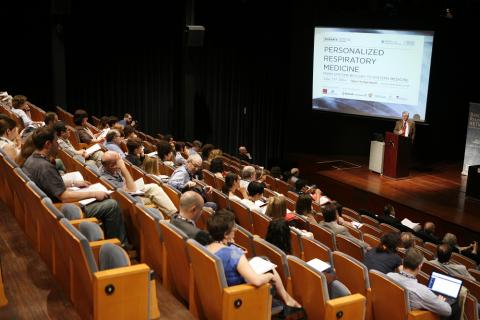 As of today, the call is open for scientists and experts from Catalan research centers to submit their proposals for activities to be included in the B·Debate program of scientific debates in 2016.

As established in the rules of the call, proposals will be accepted through 20 June. Once all the debate projects submitted have been reviewed to ensure they meet the criteria of the call, the B·Debate Scientific Advisory Board will assess their scientific excellence. The final selection of proposals (between 8 and 10, depending on budgetary considerations) will take into account both the potential scientific impact and the social interest of the debates.

The activities chosen for the B·Debate program of activities must be aligned with the center’s mission, vision and values. Thus, the selection process emphasizes the debates’ potential to generate new knowledge at the cutting edge of the life sciences and related disciplines; to identify strategic challenges and new areas of study and research; to impact society, contributing solutions and innovation that improve living standards or quality of life; their international dimension, with a large number of speakers and organizations from outside Catalonia; their multidisciplinarity; and their ability to project Barcelona and Catalonia as hubs of scientific knowledge and excellence

More information on the call

Additionally, the 2015 B·Debate program of activities kicked off on 17 March with a debate on how genetic improvement of plants is key to addressing our future food needs.

This year there will be seven more debates covering various areas of biomedical research, including the study of brain physiology and plasticity (April) to develop new tools to restore cortical function lost as a result of disease. Climate change and its impact on human health (May) will be another topic dealt with in this year’s debates, with collaboration from the New York Academy of Sciences. Another debate will explore the connection between microorganisms and human health (July), looking at how DNA sequencing technology has revolutionized this field and allowed for the discovery of previously unknown microorganisms and established new lines of research that will surely have a significant impact on actions regarding human health.

Experts will also discuss the potential of synthetic biology (September), encompassing three methods that have so far been dealt with separately and that this debate aims to bridge the gap between. That makes this debate the perfect place to forge new contacts and ideas by sharing professional baggage. There will also be a debate dealing with future tools for biomedical research (October), as the combination of nanotechnology, computational and life sciences are green-lighting a series of technologies and platforms that are highly useful in drug discovery and development. In the field of mental health (May), one debate will discuss how our genes influence our behavior.

Finally, this year’s edition of the Barcelona Conference on Epigenetics and Cancer (BCEC), launched in 2013, will debate various issues associated with the future challenges facing neurodevelopment (October).

There will also be a series of lectures on sustainable mobility in Spring 2015 at the CCCB.