Cervical cancer could be eradicated in coming decades

B·Debate, ICO and the Department of Health bring together more than one hundred international experts in the human papilloma virus and cancer in Sitges (Barcelona) 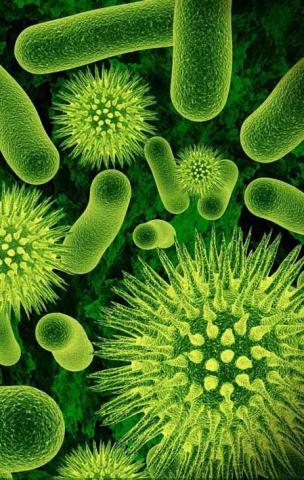 Cervical cancer, which now affects some 530,000 women around the world each year, could be eradicated in the coming decades if HPV (human papilloma virus) vaccination programs become widespread. This is the opinion of experts participating in the scientific meeting organized by B·Debate —a joint initiative of Biocat and “la Caixa” Welfare Projects— the Catalan Institute of Oncology (ICO) Cancer Epidemiology Research Program and the Department of Health, held from 22 to 24 March in Sitges (Barcelona).

Among other aspects, the sessions held over these three days deal with the latest breakthroughs in second-generation vaccines, vaccination in men and adult women, the adverse effects of the vaccine, other tumors caused by HPV and the impact of HPV screening on early detection.

The scientific leader for this meeting is Dr. F. Xavier Bosch, head of the ICO Cancer Epidemiology Research Program, who recently received the 2012 Lilly Foundation award in biomedical research. Bosch and some members of his team have been studying HPV and cervical cancer for three decades and their work has been fundamental in establishing the link between this virus and cancer.

International experts in this subject include Dr. Tom Broker, president of the International Papillomavirus Society and basic researcher and expert in the mechanisms of viral carcinogenesis; Dr. Lynette Denny, professor of Gynecology in Cape Town (South Africa) and expert in the connections between HPV and AIDS; and Dr. Jane Kim, professor at Harvard University and expert in models to predict the impact of healthcare strategies like HPV vaccination and screening in various regions depending on the prevalence of this disease and the options and costs of preventative actions.

HPV, responsible for more than 5% of all cancers

HPV is the most common sexually transmitted infection around the world: over the course of their lifetime, more than 80% of all sexually active women will be exposed to this virus. The HPV family includes more than 150 different genotypes (viral strains), some fifteen of which have a high probability of leading to cancer. An infection caused by one of these high-risk strains lasts on average 8 to 12 months and severe cases can last up to two years.

The human papilloma virus is present in 100% of all cases of cervical cancer, 80% of all anal and vaginal cancers, 40% of vulva and penile tumors, and a small fraction of oropharyngeal cancers. Around the world, HPV is responsible for 5.2% of all cancers, according to ICO data, although this percentage is much lower in developed countries, where it contributes to 2.2% of all cancers. Each year 530,000 new cases of cervical cancer are diagnosed around the world, half of which cannot be cured. In Spain, there are roughly 2,000 new cases of cervical cancer and some 700 deaths. This tumor is the fifth most prevalent in Europe (after breast, colorectal, lung and endometrial cancers) and the second most common in women aged 15 to 44.

Two preventative vaccines have been available for years now: a tetravalent vaccine (protecting against viral strains 6, 11, 16 and 18), and a bivalent vaccine (against strains 16 and 18). Nearly 70% of all cervical cancers are caused by these two subtypes of HPV.

After 100 million doses, the vaccine is becoming standardized and meeting efficacy and safety requirements. According to the experts, so far most adverse effects associated with the vaccine have no causal relationship.

The case of adult women is similar. Although the main target of this vaccine is young women that are not yet sexually active, it has been shown to be equally effective in women under 45. Australia, for example, covers the vaccine not only for adolescents but for all women under 26. Some 70% of all women chose to be vaccinated and in less than three years genital warts have practically disappeared.

Opinion articles, interviews and documents related to this scientific debate and its participants will be available soon in the B-Debateca area of the B·Debate website.