B·Debate and CREAL have called together researchers, epidemiologists and professionals in urban planning and development of city models to share their knowledge in this field on 30 and 31 October in Barcelona 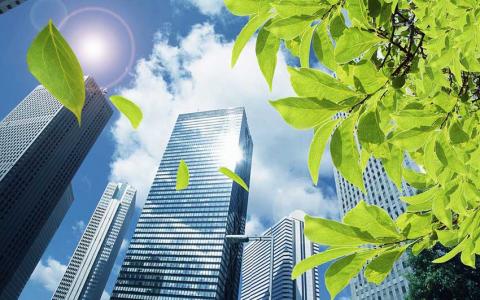 National and international experts will meet at CosmoCaixa Barcelona on 30 and 31 October, called together by B·Debate and the Centre for Research in Environmental Epidemiology (CREAL) —of the ISGlobal alliance— to forge links between research, public health practices and urban planning as the only way to create healthy green zones for urban populations.

The need for these debates comes out of recent studies that have shown that people who live closer to green zones live longer and have a lower risk of suffering from cardiovascular disease, obesity, mental health problems and complications during pregnancy. Moreover, various studies suggest that aggressive and delinquent behavior decreases, sleep patterns improve, and patients recover better from any illness.

The scientific director for this event, entitled Green Cities Healthy People. Planning Healthy Urban Spaces, is professor Mark Nieuwenhuijsen, coordinator of the CREAL air pollution program and the Phenotype project. This project is funded through the 7th Framework Program and aims to evaluate and identify actions to determine the capacity of public green zones to address health problems both in urban centers and rural areas.

Over the past decade we have seen renewed interest in urban-planning proposals that address health problems. This is due, in large part, to growing concerns about topics important to society, like obesity, physical inactivity, pollution and climate change. Physical inactivity is one of the most significant health problems of the 21st century given its impact on the deadliest chronic diseases. In fact, according to the World Health Organization (WHO), physical inactivity leads to more than 3.2 million deaths each year and has a huge impact on the deadliest chronic diseases, contributing to 21.5% of cases of coronary artery disease, to 14% of diabetes, to 16% of colon and 10% of  breast cancer. Plus, stress and air and noise pollution are increasingly important factors in the study of diseases.

According to the same international organization, an estimated 60% of the global population will live in urban areas by 2030, leading to increased urban-planning needs.

It must be noted that the creation of healthy environments is a priority action under "Health 2020", the new pan-Europe strategy for public health coordinated by the WHO.

Other noteworthy participants in this B·Debate session include María Neira, head of the WHO Department of Public Health and the Environment; Roderick Lawrence, graduate in architecture and PhD in science currently working at the University of Geneva Institute for Environmental Sciences; and Terry Hartig, professor of environmental psychology at the University of Uppsala Institute of Housing and Urban Research.

In addition to the debates among experts, which are closed to the public, today at 6 pm Dr. María Neira will give a conference entitled Global Health Challenges in an Urbanizing World featuring one hundred researchers, epidemiologists, urban planners and health and social-sciences professionals.