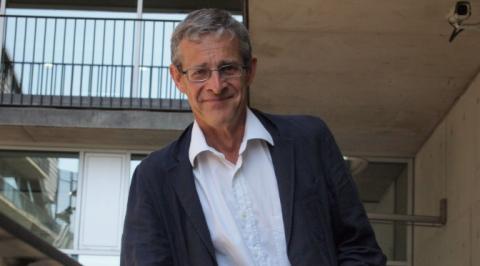 On 16 and 17 October, neuroscientists, neurologists, psychiatrists and neuroepidemiologists will meet at CosmoCaixa Barcelona, called together by B·Debate, an initiative of Biocat and the “la Caixa” Foundation. This edition is being led by the Center for Research in Environmental Epidemiology (CREAL), which is part of the ISGlobal alliance.

Many environmental factors can affect human health, including the air we breathe, pollution and water quality. Brain development in the early stages of life, from gestation through adolescence, is also sensitive to these factors. It is precisely this issue that the scientists will debate at the upcoming B·Debate Environment and Child Brain Development. The Challenges in the Global Context.

As the leader of this B·Debate and co-director of CREAL Jordi Sunyer explained, “the brain takes the longest to develop of the organs.” Chemical factors and other environmental determinants present during childhood and adolescence can have a negative impact on this development.

So far, radiology had been used to assess clinical cases of diseases, but the scientists organizing this B·Debate want to go further. They want to see what neuroimaging can contribute to neurodevelopmental analysis. Determining which factors impact specific diseases, like Parkinson or Alzheimer, could help prevent and properly treat them.

“The end goal is prevention, by describing exposure and interactions with the environment that are harmful to brain development,” says Sunyer. The scientific leader of this B·Debate commented that epidemiology is a very applied field of science because it is very close to the people. This is why scientific knowledge should be part of public health policy.

The full program is available on the B·Debate website.