First edition of the "Barcelona Conference on Epigenetics and Cancer: Challenges, Opportunities and Perspectives", which will be held over the coming five years and aspires to become a global benchmark in this field 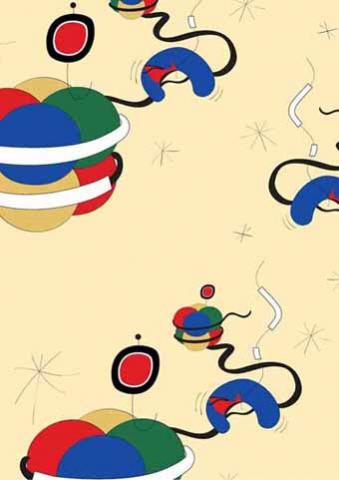 B·Debate and the Institute of Predictive and Personalized Medicine of Cancer (IMPPC) have called together leading national and international cancer researchers on 21 and 22 November at CosmoCaixa Barcelona in order to discuss the fundamental aspects of cancer biology and epigenetics and the possibilities for exploiting this knowledge to develop new treatments.

The Barcelona Conference on Epigenetics and Cancer: Challenges, Opportunities and Perspectives is the first in a series of conferences that will take place in Barcelona over the coming five years that aspire to become a global benchmark in this field. The scientific directors for the first edition, which will have more than 400 participants, are Dr. Manuel Perucho, researcher and director of the IMPPC, and Dr. Marcus Buschbeck, head of the IMPPC workgroup on the epigenetics of cancer.

Noteworthy speakers at this B·Debate will include Dr. Manel Esteller, ICREA researcher and director of the Cancer Epigenetics and Biology Program at the Bellvitge Biomedical Research Institute (IDIBELL); Dr. Andrew Feinberg of Johns Hopkins University and former advisor to Barack Obama on science; Dr. Carlos Croce, director of the Human Cancer Genetics Program at Ohio State University; and Dr. Rudolf Jaenisch, professor of Biology at the Massachusetts Institute of Technology (MIT) and an international reference in the field of epigenetics.

Cancer is the uncontrolled growth and spreading of cells that can appear in practically any part of the body. Tumors tend to invade surrounding tissues and can lead to metastasis in other parts of the body. The World Health Organization (WHO) estimates that deaths due to cancer will continue to increase around the world, reaching 13.1 million by 2030. The cancers that cause the most deaths each year are lung, stomach, liver, colon and breast cancers.

Until just a few years ago, it was thought that cancer was caused by anomalies in our genes. Recently, however, scientists have discovered that some types of cancer are caused by changes in the way genes are expressed, without changing the genetic information they contain.

The term epigenetics can be defined as heritable changes in gene activity not caused by changes in the DNA sequence. In fact, it refers to a wide range of molecular mechanisms that affect gene activity, activating and inhibiting them. These changes have long-term effects that can persist and be inherited. It is the epigenetic memory of a cell that defines its identity and behavior. This is best seen in the fact that a single stem cell can produce all of the 200 different cell types that make up a complex organism. Although these cells are genetically identical, they can develop a wide range of specialized functions. A neuron, for example, isn’t the same as a muscle cell. Epigenetic changes, thus, occur without any change in the DNA sequence and can be induced by various factors, including environment (for example components of the air we breathe), age or diet.

Recent research suggests that, in some cases, cancers initially caused by a DNA mutation have an increased probability of leading to metastasis as a result of induced epigenetic changes. In this scenario, a genetic mutation initiates the cancer but epigenetic changes promote its progression.

Study and research in the field of gene therapy may, in the future, allow us to treat some types of cancer and prevent them from developing. The human genome project, as ambitious as it was, has turned out to be only the beginning of the quest to understand the molecular model of life. Current study is also focusing on the the epigenome. Learning how to tackle these challenges from research centers is the aim of these B•Debate sessions.

Registration closed (the conference is full)