How can we control the spread of malaria caused by 'Plasmodium vivax'?

The New York Academy of Sciences, the "la Caixa" Foundation, B·Debate and ISGlobal are holding a conference with some twenty of the top global experts in malaria research on 28 and 29 May in Barcelona 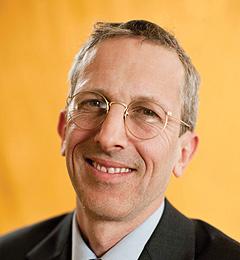 There has been growing evidence that Plasmodium vivax (P. vivax) is the most widely distributed malaria parasite, accounting for the majority of cases in Latin America and Asia. Malaria accounts for approximately 250 million clinical cases and nearly 1 million deaths annually, mostly in children. Due to the increase in control and prevention measures, malaria mortality rates have fallen more than 25% around the world and 33% in Africa.

"A decade of increased investment in malaria control has resulted in the successful reduction of Plasmodium falciparum malaria in many countries," says Dr. Robert D. Newman, Director of the Global Malaria Program at World Health Organization (WHO) and keynote speaker at the international conference Advances in Plasmodium vivax Malaria Research, which will be held 28 and 29 May in Barcelona by the New York Academy of Sciences (NYAS), the "la Caixa" Foundation, B·Debate, the Barcelona Institute for Global Health (ISGlobal) and the Barcelona Center for International Health Research (CRESIB). However, "in those countries where P. vivax is also transmitted, the balance is being shifted towards this parasite, which is both technically and operationally complex to control and eliminate."

The inauguration of the congress, on 28 May, will feature Dr. Enric Banda, head of Science, Research and the Environment at the "la Caixa" Foundation; Laia Arnal, head of Research and Scientific Debate at Biocat; Dr. Ivo Mueller, research fellow at CRESIB and president of the scientific committee for this congress; Dr. Pedro Alonso, director of ISGlobal and CRESIB; and Dr. Brooke Grindlinger, executive director of Scientific Programs at the NYAS.

Part of the reason P. vivax is so difficult to control is "its ability to relapse from long-lasting, domant liver-stages, months or even years after the first infection," says Mueller. Additionally, "there are still substantial gaps in our knowledge of key aspects of P. vivax biology—such as the hypnozoite or reasons for P. vivax's restriction to invasion of reticulocytes—and there are very few, new tools directly targeting this species."

Dr. Alan Magill, director of the Malaria Global Health Program at the Bill & Melinda Gates Foundation, who is also part of the program of speakers specializing in this field who will be in Barcelona, explains that malaria caused by P. vivax "may be one of the most neglected infectious diseases; it is a severe illness and the cause of much misery and morbidity in the endemic areas. The eradication of vivax malaria is a priority goal of global health and the advances that may get us there will be discussed at this meeting."

Spain is one of the countries that contribute the most in R&D to neglected diseases, and the role it plays in the fight against malaria, including that caused by Plasmodium vivax, has proven to be key in the advances achieved in the past ten years.

Program, registration and grants at www.nyas.org/vivax

After the congress, on 30 May, ISGlobal will hold various free interdisciplinary satellite workshops dealing with the evolution of key aspects of the research agenda on P. vivax.
The NYAS, the "la Caixa" Foundation and B·Debate held a similar congress in 2011 in the Catalan capital, on new challenges in cardiovascular health, with scientific leader Dr. Valentí Fuster.