The limits of progress in science and society

Renowned British philosopher and political scientist John Gray will participate in the debate organized by the ICSD and CCCB in Barcelona, on 7 November 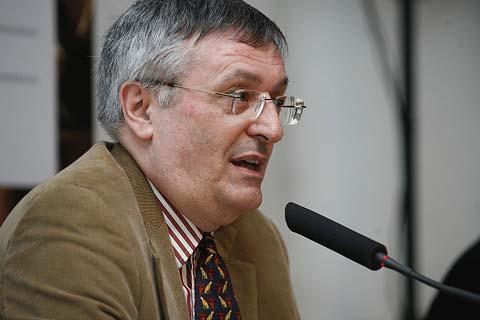 Modernity is based in large part on the idea of progress. However, although in the scientific arena progress is real and accumulative (we know more and have better information), in the social and ethical arena progress isn’t an exact science and there is always a danger of losing the ground we have gained.

The Limits of Progress in Science and Society is the last debate in the series Culture and life. Dialogues on the impact of Biotechnology organized by the International Center for Scientific Debate (ICSD) —an initiative of Biocat driven by "la Caixa" Welfare Projects— and the Barcelona Center for Contemporary Culture (CCCB), on Monday 7 November. This debate is open to the general public, and will be recorded and later available on both organizations’ websites and in the CCCB Archive.

The session will be led by John Gray, professor of European Thought at the London School of Economics and author of the book Gray’s Anatomy (Paidós, 2011), with moderators Pere Puigdomènech, research fellow at the Spanish National Research Center (CSIC) and director of the Center for Research in Agrigenomics, belonging to the CSIC-IRTA-UAB consortium; and Daniel Gamper, professor of Philosophy at the Autonomous University of Barcelona (UAB).

Advance ticket sales at the CCCB ticket office and through Telentrada (902 101 212 or www.telentrada.com).
Simultaneous translation available in Catalan. Fee per session: €3. Reduced fee: €2.5. Friends of the CCCB and the unemployed: free of charge.