“More or less human?” a debate series that poses some of the greatest questions facing the human species

There will be three sessions, held on 31 March and 4 and 7 April, in conjunction with the exhibition +HUMAN, at the CCCB with collaboration from B·Debate 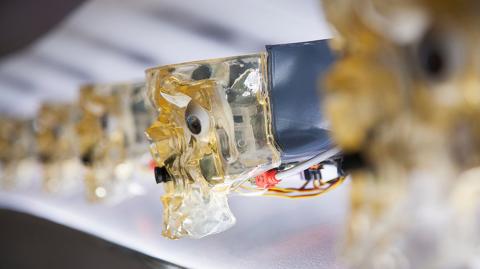 What is the origin of consciousness? Can it be manipulated? What should we make of psychopharmacology or new biotechnology seeking to expand or heighten brain activity? Is the “enhanced” brain an ally for humankind or could it become a problem? Can we really control cellular and molecular changes that cause the body to deteriorate? And, if so, can we halt the ageing process?

These are just some of the questions that will be posed in the “More or less human?” series of debates organized by the Centre de Cultura Contemporània de Barcelona (CCCB) and Grífols Foundation with collaboration from B·Debate, International Center for Scientific Debate, an initiative of Biocat and the “la Caixa” Foundation. The first of these conferenced, entitled Manipulation of Consciousness, will take place on 31 March and feature neurologist Bernabé Robles, psychobiologist Ignacio Morgado and PhD in bioethics Lydia Feito.

The second debate, on 4 April, is called The Enhanced Brain: Ally or Enemy of the Human Species? and will be given by neuroscientist and professor emeritus at the Institut Pasteur Jean-Pierre Changeux, who will speak about the human brain and the implications of “enhancing” its capabilities. In the final lecture, An End to Aging?, 7 April, University of Cambridge specialist in biomedical gerontology Aubrey de Grey will discuss the possibility of controlling the deterioration of the human body.

Exhibition +HUMAN, the future of our species

This debate series is part of the +HUMAN exhibition, which was inaugurated on 7 October and will be at the Centre de Cultura Contemporània through 10 April. The exhibition aims to reflect on the future of the human species and explore the boundaries of what it means to be human through emerging technology and our cultural and ethical context.

Artist Cathrine Kramer is the executive curator for the exhibition, with collaboration from Ricard Solé, physicist, biologist and ICREA researcher. The exhibition displays a selection of pieces from more than fifty artists and several groundbreaking research proposals continue on from the “Human +” project presented at the Trinity College Dublin Science Gallery in 2011.

Late last year, Biocat –through the B·Debate initiative with the “la Caixa” Foundation– collaborated with the CCCB on conferences reflecting on the future of our species that were also held in conjunction with the exhibition. (More information: Bodies that still matter and The posthuman condition)