'Natural selection in humans', conference by Jaume Bertranpetit as part of the B·Debate and CCCB lecture series 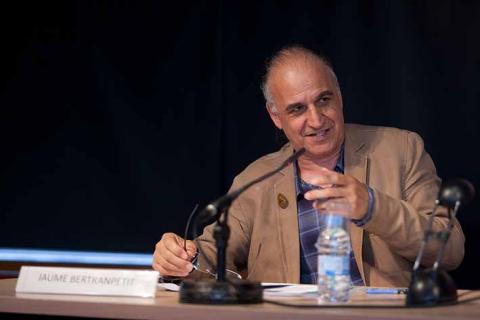 The next conference in the Evolution and Culture lecture series organized by B·Debate and the Centre de Cultura Contemporània de Barcelona (CCCB) is entitled Natural selection in humans: past, present and future and will be given by Jaume Bertranpetit, professor of Biology at Pompeu Fabra University (UPF) on 4 November at 7:30 pm. Bertranpetit is the founder of the Evolutionary Biology Unit of the Department of Experimental Sciences and Health at this university. His research focuses on studying and understanding the diversity of the human genome.

Biocat CEO Montserrat Vendrell will present the lecture and moderate the debate with the audience.

Darwin’s explanation of natural selection as the driving force behind evolution led to a huge revolution in human thinking. Not only did this allow us to understand the process through which species evolve, but also explained the natural causes behind it. The naturalistic viewpoint, of the fight for survival, and of television documentaries has prevailed for many years. But, what is the current interpretation of natural selection now that we have learned so much about biology and, above all, to decode the genomes of human beings? What do we know about natural selection in the era of genomics? The answers will be discussed during this conference promoted by B·Debate and the CCCB.

The Evolution and Culture lecture series was inaugurated on 19 October with the conference by US biologist Jared Diamond on risk and danger in traditional societies. This was followed the lecture by Italian geneticist and writer Guido Barbujani, who argued that the evolutionary history of humanity reveals that we’re all African.

Advanced ticket sales at the CCCB box office and through Telentrada (902 101 212 and www.telentrada.com). Admission fee: €3. Friends of the CCCB, unemployed and under 12s: free. Simultaneous translation into Catalan available.