Dr. Ivo Mueller, research professor at the Barcelona Centre for International Health Research (CRESIB) and president of the scientific committee at the international conference 'Advances in Plasmodium vivax Malaria Research' organized by the New York Academy of Sciences (NYAS), "la Caixa" Foundation, B·Debate, the Barcelona Institute for Global Health (ISGlobal) and the CRESIB 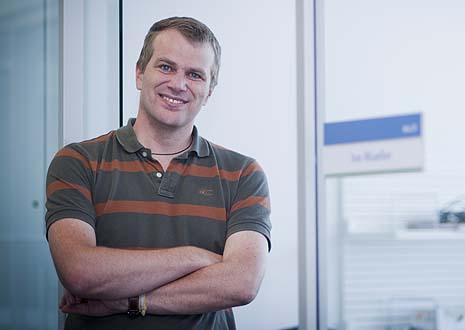 Globally, 2.8 billion people are at risk of infection with the human malaria parasite Plasmodium vivax (P. vivax) and 100-300 million new cases are diagnosed each year, mostly in Asia-Pacific and the Americas. Despite being the most widely distributed malaria parasite geographically, P. vivax has been in the shadow of the more lethal P. falciparum. This neglect was rooted in a perception of P. vivax as a benign parasite that caused few deaths and therefore was of limited public-health importance. Additionally, as it has not been possible to make in vitro cultures of this parasite, few researchers have worked on unraveling the distinct biological challenges of this species.

Over the last 40 years, investment in P. vivax R&D has been lacking (approximately 5% of total malaria R&D funding) and as a consequence only limited scientific progress has been possible.

P. vivax differs from P. falciparum because persistent liver stages, called hypnozoites, can cause relapses. These stages can lie dormant for weeks or months or years before reactivating to cause new blood-stage infections and clinical disease. To date, there are no diagnostic tools to detect people carrying hypnozoites and there is only one 50+-year-old drug, primaquine, that can be used for radical treatment. Unfortunately, primaquine treatment requires 14 doses and can lead to acute hemolysis in people with a G6-PD deficiency. Thus only a minority of P. vivax patients worldwide receive adequate anti-hypnozoite therapy. Additionally, the diversity and complex behavior of non-African Anopheles mosquitos mean that commonly used vector-control measures, such as indoor residual spraying or insecticide impregnated bed nets, are less effective against P. vivax.

The 2007 call to reinstate malaria elimination as along-term, global goal has shed a spotlight on P. vivax. Not only is P. vivax the predominant malaria parasite in Asian and American countries, where elimination seems most easily achievable, but a review of the malaria-elimination R&D required, led by Prof. Pedro L. Alonso from the Barcelona Institute for Global Health (ISGlobal), highlighted a severe lack of tools to combat this parasite.

In order to address the neglect of P. vivax R&D, the first global conference on breakthroughs in P. vivax malaria research was held in Bangkok in 2002. At this and further conferences, in 2005 in Washington and 2009 in Panama, many myths were debunked as epidemiological and mapping studies illustrated the massive global burden of P. vivax and clinical studies showed its severity and that resistance to the most commonly used drug was spreading globally. Furthermore, publication of the P. vivax genome kick-started systems biology on the parasite, while advances in animal models and ex-vivo trials greatly facilitated basic research studies. Together with a clearly defined priority research agenda, these advances led to the fourth global P. vivax congress, held in Barcelona from 28 to 30 May.

At the Barcelona congress, 160 scientists from 24 countries reviewed the most recent progress. In the opening address, Dr. Ivo Mueller from ISGlobal, along with Dr. Rob Newman from the WHO Global Malaria Program, highlighted both the significant increase in P. vivax research output (and to a lesser extent R&D funding) and the significant progress in controlling and eliminating it, specifically in the eastern Mediterranean and Asia. In order to accelerate this progress, the WHO will, for the first time in its history, develop a specific P. vivax policy framework, indicating that P. vivax is now an integral part of the global malaria control and elimination agenda.

Researchers from ISGlobal and the Papua New Guinea Institute of Medical Research showed in clinical studies that hypnozoites contribute up to 80% of the total burden of P. vivax infections. These results represent significant breakthroughs in our ability to both study the biology of hypnozoites and develop novel drugs targeting these hidden parasite stages.

In a series of studies, ICREA Prof. Hernando del Portillo from ISGlobal and colleagues from Brazil conclusively demonstrated binding of P. vivax infected red cells to both spleen tissue and uninfected red cells, refuting the notion of P. vivax as a non-sequestering parasite. Dr. James McCarthy from Australia described a novel system of experimental P. vivax blood stages in human volunteers that could play an essential part in clinical testing of novel drugs and vaccines. Last but not least, Dr. Paul Sharp of the University of Edinburgh presented evolutionary genetics data on vivax-like infections in African great apes that confirm the African origin of this parasite in humans.

All these exciting results prove that increased funding has resulted in an acceleration of research into this parasite and is starting to translate into new tools.