The new ages of life 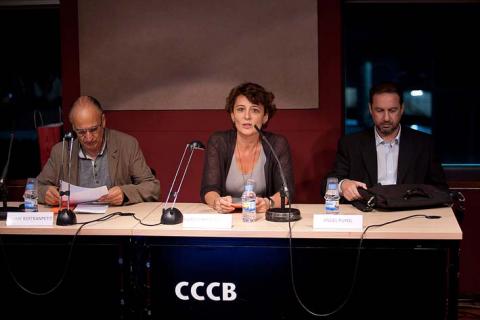 For some time now, progress in the field of the life sciences has been moving us towards huge social changes and there is some consensus that the next technological revolution will come from the domain of biology. With these scientific breakthroughs, human life expectancy continues to grow, leading to new possibilities but also new problems. Biotechnology has given us responsibilities that were previously left in the hands of the gods and we are now faced with key moral, political and economic issues.

With the aim of contributing to a wide-reaching debate on the new biological paradigm, the International Center for Scientific Debate (ICSD) —an initiative of Biocat driven by "la Caixa" Welfare Projects— and the Centre de Cultura Contemporània de Barcelona (CCCB) are organizing a series of debates entitled Culture and life. Dialogues on the impact of biotechnology, open to the general public.

The second debate, entitled The new ages of life, will be held on Monday 24 October and will feature María Blasco, director of the National Cancer Research Center (CNIO, Madrid) and Inez de Beaufort, professor of Healthcare Ethics at the Erasmus Medical Center in Rotterdam. The debate will be moderated by Jordi Camí, professor of Pharmacology at Pompeu Fabra University and director of the Barcelona Biomedical Research Park.

On Monday 17 October, the presentation of the lecture series, by Biocat CEO Montserrat Vendrell, received some 80 people from various walks of life who were highly interested in the impact biotechnology has on our lives.

Advance ticket sales at the CCCB ticket office and through Telentrada (902 101 212 or www.telentrada.com).?
Simultaneous translation available in Catalan. Fee per session: €3. Reduced fee: €2.5. Friends of the CCCB and the unemployed: free of charge.