The rise of neuroethics

Today at 7:30 pm, the latest debate from B·Debate and the CCCB, open to the general public. By Kathinka Evers, professor of Philosophy and researcher at the University of Uppsala Centre for Research Ethics & Bioethics 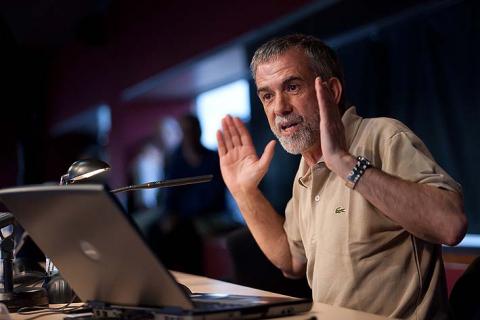 The third debate in the series To the Origins of the Human Mind, organized by the B·Debate International Center for Scientific Debate Barcelona —a joint initiative of Biocat and the “la Caixa” Foundation— and the Centre de Cultura Contemporània de Barcelona (CCCB), will take place this evening at the CCCB. The event is open to the general public.

Kathinka Evers, professor of Philosophy and researcher at the University of Uppsala Centre for Research Ethics & Bioethics and author of the book Neuroética. Cuando la materia se despierta (Neuroethics: When Matter Awakens, Katz, 2010), will speak on the rise of neuroethics. Among other topics, professor Evers will discuss why humans are moral beings, basing her arguments on the fact that neuroethics is a new discipline that, in light of breakthroughs in neuroscience, questions the origins of ethical and moral behaviors. Afterwards, there will be a question and answer period open to all those in the audience. The debate will be moderated by Óscar Vilarroya, director of the “Social Brain” Chair at the Autonomous University of Barcelona.

A brilliant conference by Ignacio Morgado opened the series of debates on 21 May, before an “attentive and enthusiastic audience that packed the CCCB’s Sala Mirador,” explained B·Debate Director Miquel Martí. More than 180 people participated in the first two debates. For more information, visit the report on the Biocat blog.

Advance sales at the ticket desk of the CCCB and through Telentrada (902 101 212 i www.telentrada.com).
Free simultaneous translation in Catalan. Admission per session: 3 €. Reduced price: 2.50 €. Friends of the CCCB and the unemployed: free.