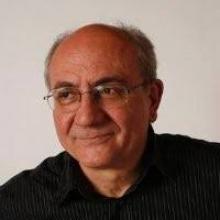 Artur Serra is doctor in Cultural Anthropology (University of Barcelona). He is developped his etnographic field work in the School of Computer Science of Carnegie Mellon University, where he met the Artificial Intelligent community, DARPA and the Internet at the 90s. Since then he has founded different centers and labs, like CANET, Center for Internet Applications and i2cat Foundation in Barcelona. Also in the middle of 90s he started to support and study community networks like Ravalnet, Nou Barris Net and CornellaNet in Barcelona. From this experience he cocreated Citilab, the first European citizen laboratory inaugurated in 2007.

During that time, he joined the European Network of Living Lab, created in Helsinki in 2006, a global organization gathering more than 150 open living labs mainly in Europe but also around the world. Artur Serra has a long experience in working with citizen driven innovation networks in Europe, Canada, Latin America, and the Mediterraean. He has participated in numerous European projects in the area of Internet technologies, applying user-driven methodologies. Currently, he is head of the Strategic Working Group at EnoLL and its mission “Empowering everyone to innovate”.

More recently he is conducting a research group on Living Labs and Digital Social Innovation at i2cat, putting in place the Catlabs network, an innovative project oriented to set up a regional alliance of the different families of “labs” (living labs, fablabs, telecenters, science shops,...) as part of the Regional Innovation Strategy. The underlying hypothesis is looking for the generation of an open, collaborative and universal innovation system in Catalonia, a collaboratory, as part of The Lab.