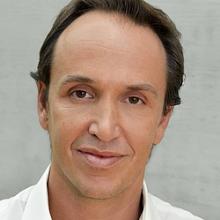 PhD: Jeff Dangl, UNC-Chapel Hill 2003-2005
- Used plant molecular genetics to understand the signaling mechanisms that lead to the specific activation of plant defenses responses.
- Helped to establish and strengthen the tenets of the “Guard Hypothesis”
- Contributed to the discovery of a tripartite regulatory module required to maintain the competency of the plant immune system prior to infection.

- Departed from the field of plant immunity to study the signaling mechanisms by which a cell-surface steroid hormone receptor promotes cellular elongation and overall plant growth.
- Contributed to solve the atomic structure of the steroid binding domain of this receptor
- Helped to further our understanding of the molecular events happening downstream of ligand perception.
- Took advantage of my doctoral training to demonstrate that plants set endogenous steroid hormone levels and signaling to a particular range for optimal defenses.

Entrepreneur: 2011-2013
- Launch and co-found Atlas Genomics, (the first African biotech start-up).
- Act as the chief scientist officer and raise public and private funds to discover genes that code for novel enzymatic variants in collections of both endemic medicinal plants located in the Atlas mountains and microorganisms that leave in the Sahara desert.