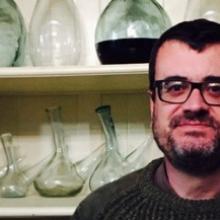 Carles Sierra is Vice-Director of the Artificial Intelligence Research Institute (IIIA) of the Spanish National Research Council (CSIC) located in the area of Barcelona. He has been contributing to Artificail Intelligence research since 1985 in the areas of Knowledge Representation, Auctions, Electronic Institutions, Autonomous Agents and Multiagent Systems, and Agreement Technologies. He has participated in more than 20 EU funded projects, is or has been member of several journal editorial boards including AIJ and JAIR and is the editor-in-chief of the JAAMAS journal. He organised IJCAI in 2011 in Barcelona and is the Program Chair of IJCAI 2017. He is an EurAI Fellow.