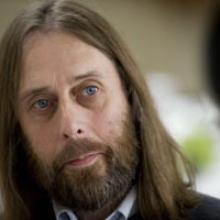 I am a team leader at The Wellcome Trust Sanger Institute in the UK. My team, Human Evolution, generates data on worldwide genetic variation in humans and closely-related species such as gorillas and chimpanzees, and uses this information to investigate the human past. We are interested in the way humans have spread around the world, diverged, mixed, and also adapted to their environments throughout prehistoric and historic times.

We have contributed to large international projects such as the 1000 Genomes Project and African Genome Variation Project. Now, our focus is on understanding genetic variation in Africa more thoroughly, as well as variation in other parts of the world including the Middle East, the Himalayas, the Pacific and the Americas.

We also want to understand the functional consequences of genetic variants, including knockouts of human genes in healthy people, and advantageous human variants, which we model in mice.