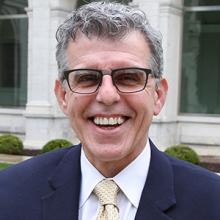 Dr. Gozal is currently the Marie M. and Harry L. Smith Endowed Chair and the Chairmanship of the Department of Child Health at the University of Missouri, as well as Physician-in-Chief of the University of Missouri Health Children’s Hospital. He received his M.D. from the Hebrew University of Jerusalem, and his MBA from Georgetown University and ESADE, completed his pediatric residency at the Haifa Medical Center in Israel, and then spent 2 years in Cameroon, West Africa, developing rural healthcare networks, for which he received the title of “Knight of the Order of Merit”. He then completed his pediatric pulmonology and sleep medicine training at Childrens Hospital Los Angeles in 1993, and joined the faculty at the University of Southern California and UCLA. In 1994, he moved to Tulane University, and was appointed tenured Professor and Constance Kaufman Endowed Chair in Pediatric Pulmonology Research. From 1999 till 2009, Dr. Gozal was at the University of Louisville as the Children’s Hospital Foundation Chair for Pediatric Research, Distinguished University Scholar, Director of the Kosair Children’s Research Institute, and Chief of the Division of Pediatric Sleep Medicine and the Sleep Medicine Fellowship Program, both of which were recognized as programs of distinction by the AASM. From 2009 till 2014, Dr. Gozal served as Chairman of the Department of Pediatrics and Physician-in-Chief and CEO of Comer Children’s Hospital at the University of Chicago, and then assumed the position of Herbert T. Abelson Professor at the University of Chicago, where he also held the title of Pritzker Scholar. Dr Gozal’s research interests encompass a wide spectrum of gene and cellular regulation in hypoxia and sleep disruption, genomic and proteomic biomarker and machine learning approaches to sleep apnea in both adults and children. He has published over 600 peer-reviewed original articles with a H index of 104 and >45,000 citations, 150 book chapters and reviews, and 3 books.