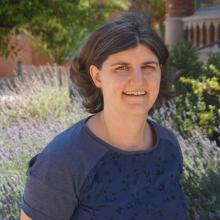 Trained in Neurosciences, I received a doctorate from the University of Nottingham (UK) in 2008 for my thesis entitlted “Haplotype Analysis of the genes involved in the amyloid cascade of Alzheimer’s disease”. I later spent two years as a post-doctoral researcher in the group of Professor Steve Younkin at Mayo Clinic (USA) where I continued my work to identify Alzheimer’s disease genetic risk factors. My work on the VAMP1 gene led to my first publication as senior and corresponding author (published in Molecular Neurodegneration) and sparked my interest in the role of synapse degeneration in Alzheimer’s disease. To continue this work, I relocated to the Neurobiology of Dementias laboratory led by Dr Alberto Lleó at IIB-SantPau in Barcelona (Spain) funded by a 3-year postdoctoral fellowship (Juan de la Cierva). Access to one of the largest collections worldwide of 1000+ cerebrospinal fluid samples and neuroimaging data from dementia patients has allowed me to develop my own research line focused on employing shotgun and targeted mass spectrometry to identify and validate biofluid synaptic biomarkers in neurodegenerative diseases. I am principal investigator on multiple research projects awarded by the Spanish and Catalan Governments and am a recipient of a tenure-track fellowhip (Miguel Servet Type I 2014-2018 and Type 2 2019-2021) awarded by the Spanish Government. I am lead inventor on a filed patent application to protect the intellectual property of the project, which has led to a license agreement for the generation of synaptic biomarker immunoassays suitable for the in vitro diagnostics market. I am co-author on 38 research publications in international journals and I participate in multiple international collaborations such as the Epistasis Project.