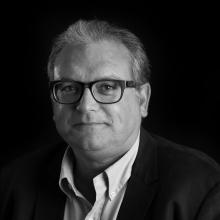 Antonio Huerta is Professor of Applied Mathematics at the Universitat Politècnica de Catalunya-BarcelonaTECH. He obtained a Ph.D. from Northwestern University in 1987. He has held numerous visiting positions, in particular at the Joint Research Centre of the European Commission (Ispra), Ecole Centrale Nantes (FR), Swansea University (UK) and Chuo University (Japan). He received several awards, among them, the Thomas A. Jaeger Prize by the International Association for Structural Mechanics in Reactor Technology (1989), the Prandtl Medal, in its first edition, from the European Community on Computational Methods in Applied Sciences (2008), and an Honorary Doctorate from the Université de Lièje (2016).

His research interests are comprehensive in the area of computational methods in applied sciences and engineering. He has contributed in fundamentals of finite elements, mesh-free methods, error estimation and adaptivity, and reduced order models, as well as nonlinear computational solid mechanics, convection-dominated flow and incompressible flows. See www.lacan.upc.edu/huerta.

He has served in numerous positions at the University (Dean, Chairman of the applied mathematics department, Board of trustees, Senate…), at governmental offices (viz. the Founding Academic Director of the Industrial Ph.D. Program for the Government of Catalonia) and for the computational mechanics community (Secretary General of the International Association of Computational Mechanics), At present he is the Director of ICREA: www.icrea.cat.