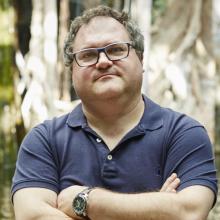 I finished my PhD in 2001 at the Microbiology and Genetics Dept. of the Autonomous University of Barcelona (Spain). During that period, I visited Prof. P. Reichard’ laboratory at the Nobel Medical Biochemistry and Biophysics Dept. (Karolinska Institute, Stockholm, Sweden) (19 months) and I was also awarded with different fellowships (EMBO, FEBS, etc). After my PhD defense, I was granted with a post-doctoral fellowship (Spain, 2003) to join Prof. BM. Sjöberg’s team (Dept. Molecular Biology and Functional Genomics, University of Stockholm, Sweden). I returned to Spain (2007) with a Ramón y Cajal contract at the Institute for Bioengineering of Catalonia (IBEC), to initiate my own research line. In 2012, I got an IBEC Junior Group Leader position and promoted to Senior Group Leader (2016), after a very competitive international selection. My group is continuously funded through different competitive programs such as “Proyecto I+D, Retos” from MINECO, FIS (Instituto de Salud Carlos III), ERA-NET PathoGenoMics, “Patronage project” and “CaixaImpulse Programme” from Obra Social La Caixa, by the European Institute of Technology Health, etc. The recent Excellence mention of IBEC through the Severo Ochoa program (MINECO) contributes to increase the competitiveness and visibility of my group, which has been growing over the last years. I have published more than 70 original research articles. Notice that in my research lines there is an important translational research with four international patents, industry projects and grants specific to this point.
Overall, my scientific activity projection for the future relies on (i) understanding the molecular mechanism for bacterial infections and biofilm formation, (ii) to identify, characterize and study different antibacterial molecules including new targets and (iii) the bioengineering and nanomedicine applications in microbiology (new drug delivery systems based on nanoparticles).