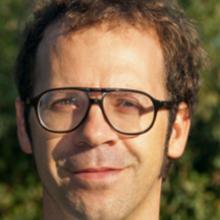 Frederic Bartumeus is an ICREA Research Professor in Computational and Theoretical Ecology at the Centre for Advanced Studies of Blanes (CEAB-CSIC) since November 2013. He also holds the same status at CREAF since 2016. He holds a MSc in Plankton Ecology (1997), and a PhD in Biological Sciences (2005) from the University of Barcelona, Spain, where he applied random walk and generalized diffusion theory to develop animal search theory. He joined the Department of Ecology and Evolutionary Biology at Princeton University, USA (2006-2009), where he went in depth on the stochastic modeling of animal movement and dispersal. Back to Spain, he completed his postdoctoral research at the Institut Català del Clima (IC3). With a Ramón y Cajal position (2010) he founded his own lab, the Movement Ecology Laboratory, focused on animal movement (including humans) and search strategies, disease vectors, and computational ecology.