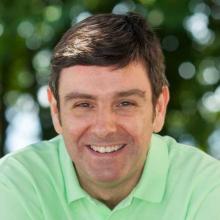 Jordi Garcia-Ojalvo obtained his PhD in statistical physics at the University of Barcelona in 1995. He did postdoctoral work at the Georgia Institute of Technology in Atlanta in 1996, working on laser dynamics, and at the Humboldt University of Berlin in 1998 as an Alexander von Humboldt Fellow, studying noise effects in excitable media and neuronal systems. In 2003 he was IGERT Visiting Professor at Cornell University in Ithaca, New York, at which time he began working in the field of systems biology. In 2008 he became Full Professor at the Universitat Politecnica de Catalunya, where he had been teaching applied physics since 1991. He is Visiting Research Associate in Biology at the California Institute of Technology since 2006, and joined the Universitat Pompeu Fabra as Full Professor in October 2012, where he leads the laboratory of Dynamical Systems Biology. His laboratory studies the dynamics of living systems, from unicellular organisms to human beings. He uses a variety of experimental biochemical and electrophysiological data to constrain computational models of living systems, and thereby unravel the underlying mechanisms of physiological processes in both natural and synthetic systems.