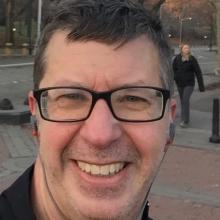 Prof. de Lecea is Director of Major Research Laboratory and Incubator and Professor at the Department of Psychiatry and Behavioral Sciences, Stanford University School of Medicine.

Dr. de Lecea obtained his PhD the University of Barcelona and conducted postdoctoral studies at The Scripps Research Institute in La Jolla, California. He was promoted to Assistant and Associate Professor at Scripps, and in 2006 he moved to Stanford University. Dr. de Lecea’s research is based on his discovery of three neurotransmitters that affect cortical activity and arousal. Dr de Lecea’s work has had a high impact in the sleep field with over 24,000 citations, and led to the development of multiple drugs for the treatment of sleep disorders; one of which was recently approved by the FDA and several in Phase III trials. His laboratory also pioneered the implementation of optogenetic methods in vivo to manipulate neuronal activity in genetically defined neuronal circuits and alter behavior.

Prof. de Lecea has received numerous awards, including Brain Research Foundation Distinguished Scientist Award, American College of Neuropsychopharmacology Innovation Award, and the Sleep Research Society Outstanding Research Achievement award. He serves on the editorial board of multiple journals and on multiple national and international committees including National Institute of Drug Abuse Board of Scientific Counselors.