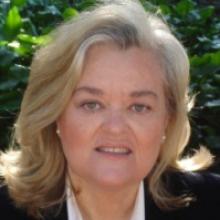 Lourdes Fañanás Saura obtained her degree on Biology at the Universitat de Barcelona and on Medicine and Surgery at the Universitat Autónoma de Barcelona. Her PhD project was focused on the study of biological and genetic risk factors in Schizophrenia, and she received her PhD title in Biological Sciences with honours at the Universitat de Barcelona in 1988.  Dr. Fañanás performed her post-doctoral research between 1994 and 1997, in several stays at the Institute of Psychiatry and University College of London. Because of her collaboration, she was nominated as Honorary Senior Lecturer. Dr Fañanás is Associate Professor at the Faculty of Biology of the University of Barcelona since 1997. She is currently professor in the Biomedical Sciences Degree from the University of Barcelona, and she participates in the doctoral programs of Physical Anthropology (Interuniversity UB-UAB) and Biomedicine.