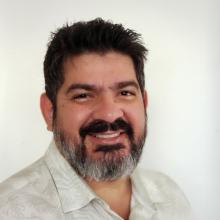 Rafael Pelayo, MD is a clinical professor at Stanford University School of Medicine in the division of Sleep Medicine. He graduated with a degree in Biology from the University of Puerto Rico. His initial exposure to sleep medicine was as a medical student at the Albert Einstein College of Medicine. That experience led him to decide to pursue a career in sleep medicine. As a pathway into sleep medicine he trained as a child neurologist. He joined the Stanford Sleep Disorders Clinic in 1993 and never left. In 2013, he was appointed as a clinical professor at the Sleep Medicine division of the department of psychiatry. Dr. Pelayo's focus has been the treatment of sleep disorders in patients of all ages. He has lectured extensively and appears frequently in the media. He was recently elected president the California Sleep Society. He has served as chair of the Sleep Disorders Research Advisory Board of the National Center for Sleep Disorders Research at the National Heart Lung Blood Institute at the NIH. He has also chaired the pediatric special interest section of the American Academy of Sleep Medicine. Dr. Pelayo currently teaches the Stanford University Sleep and Dreams undergraduate course alongside Dr. William Dement. Together, they co-authored the course textbook.