We have to take into account that the Arabidopsis genome is quite small; it has 125 million base pairs, while the human genome has some 3,000. Nevertheless, it took about five years to obtain the complete sequence.

How has sequencing technology changed in these 12 years?

The avalanche of genomes that we are currently seeing is thanks to specific breakthroughs in technology. Around 2007, we moved from classical Sanger sequencing, which we used to obtain the human genome and that of Arabidopsis, to working with what we call next-generation sequencing technology, like 454 Roche or Solexa Illumina. This technology has democratized sequencing on a large scale. Now, with €50,000-100,000 we can sequence a large eukaryotic genome. Costs have fallen and will continue to do so. Now we are talking about third-generation sequencing technology, which although not yet available commercially is moving forward very quickly.

Does that mean we can sequence any species we choose?

Unlike animal genomes, the size of plant genomes varies greatly. The complexity of obtaining the sequence of plant genomes lies not in their size (if we have the money we can go on sequencing ad infinitum), but in the amount of repetitive DNA they contain. This complexity means that it’s not at all easy to assemble the various fragments in order to obtain a sequence that resembles the original DNA molecule.

Is this redundancy seen in plant genomes related to the way humans have selected varieties with the most interesting characteristics over 12,000 years of agriculture?

The two are unrelated. Plant genomes are much more flexible. Plants can’t move, so their system for adapting to the environment is very different from that found in animals. It’s very common to find polyploid genomes. The descendants of dicotyledons, for example, have suffered a genome triplication. We have to take into account that on an evolutionary scale we are talking about millions of years, while for domesticated plants the scale is “only” thousands of years. For domestication, what we do is take some plant species and select the traits we are interested in. This has led to some of the crops we have today. Tomatoes today (a species belonging to theSolanum genus), for example, are very different from the species of Solanum found in the Andes, which has a much smaller fruit, without pulp, and sometimes without lycopene… These are the effects of domestication.

Obtaining the genome of a plant species allows us to compare it to that of another species and create a much more precise evolutionary tree than we could with classical methods. But what other reasons are there for sequencing a plant genome?

The interest is scientific, acquiring new knowledge, which allows us to understand how an organism works. Having a repertory of genes is a very powerful tool that we must now learn how to use. However, in the case of plant organisms, there is a fairly immediate application possible in the genetic improvement of species. After obtaining the melon sequence last summer, companies that produce and sell melon seeds can use the genome to select the traits they want to introduce in new varieties more quickly and efficiently, which we will later see on the market.

In the summer of 2012 the melon genome was published, from research you led jointly with Pere Puigdomènech, and with collaboration from Roderic Guigó. What particularities did you detect in this genome?

One particularity is that it hadn’t duplicated like other genomes. We have recently obtained the tomato genome and seen that it had triplicated. The melon (Cucumis melo) has a very simple genome. If we compare it to that of the cucumber (Cucumis sativus), a close relative with a slightly smaller genome, we see that the size difference is explained by transposon amplification, repetitive elements that have proliferated over the past 2 to 3 million years. Another thing we’ve seen, and which is characteristic of theCucumis genus, is that these plants have a smaller repertory of genes that are resistant to pathogens and plagues (viruses, bacteria, fungi, etc.) than what we’ve found in other genomes so far. If there are normally around one hundred, in Cucurbitaceae (cucumber, melon, watermelon, etc.) there are 70 or 80. We can't yet explain why this happens, but these plants aren’t particularly more prone to plagues or disease than others.

In the case of the melon we are interested in its fruit: its quality, juiciness, ripeness, etc. Now we know the whole repertory of genes involved in synthesizing sucrose; we know how many genes there are for each of the steps of the metabolic pathway. Therefore, if we want to improve the melon and make varieties that are sweeter than what we currently have, we have the tools to do so. Now what we need to know is how all of these genes are regulated in order to achieve better varieties.

When we first obtained the human genome sequence, we heard grandiloquent phrases like that it “would revolutionize the diagnosis and treatment of disease”. Some researchers believe that we were overly optimistic and that finding practical applications for this knowledge will take some time. In the case of the melon, for example, how long will it take to use this information to improve the species?

We can't use it immediately, but if we have the genome we no longer have to search for genes individually. We have the genomic tools to allow us to understand each of the genes. What happens is that some traits, like sugar content in the case of the melon, aren’t determined by one gene alone but by a combination of various genes. So improving this type of traits isn’t simple. Genetic breeders are experienced in selecting the best varieties and genomic tools allow them to work more quickly. With these tools we can identify the 3 or 4 most important genes involved in sweetness and the breeder won’t have to wait to see the fruit and measure sugar content to see results. They can genetically rule out the varieties that don’t produce sweet fruit and keep the best ones.

If we have a melon that is always sweet, isn’t attacked by parasites and needs less water than other varieties, can't this lead to the disappearance of other less-productive varieties? Isn’t there a risk of reduced agrobiodiversity?

All of nature’s variety is preserved in germplasm banks. In Spain there are at least two banks that have collected varietals that farmers have used for centuries. The problem is that these varietals may not be productive enough and that consumer demands are growing. We have to recognize the difference between the situation in the first world and that in the third world. Agricultural production in the third world is for subsistence; in the first world it is to improve products. When I was younger, strawberries and oranges were only available at a certain time of year. Now, if you have the money, you can eat them whenever you want. This availability has a price and the price is that we can no longer work with traditional varietals; we have to use improved varieties. For many species, companies are producing improved hybrids. Each year, farmers get seeds that are identical, that work wonderfully and that are resistant to most of the plagues that concern them. There are many people who oppose to this system, but with ecological and organic agriculture, which are great and must exist, we might not all have access to these products at affordable prices. And thanks to germplasm banks, we can recover interesting traits from natural varieties and incorporate them into new ones.

I suppose you, like other researchers who have been working in this field for 20 years now, could never have imagined that this genomic revolution would occur. How do you think this will all evolve?

There has been a shift in how researchers work and this has given us tools we couldn’t have even dreamed of before. Technology will continue to evolve, the price of sequencing will continue to drop, but the challenge we are facing now isn’t just to obtain the information but to analyze it, whether it be plant or animal, and transfer it to production. The hot topic is bioinformatics. We need specialized personnel; bioinformatics experts are highly sought out. I would recommend that young people studying biology go into computational biology. It will open many doors for them.

Regarding plants, with so much technology we’ve forgotten about the phenotype. We have to recover traditional, wild varietals that could have interesting alleles that could solve many of the problems currently facing agriculture, and that are waiting to be found and incorporated using classical breeding techniques, accelerated with markers or transgenic methods. We need efficient ways to find variety in the germplasm and specialists that can filter through the avalanche of data we receive.

What were the main topics of debate at the B·Debate “The Future of Plant Genomes. Harvesting Genes for Agriculture”, held in October in Barcelona?

We focused on analyzing what is being done, after sequencing the genome, by top plant-genome sequencing consortia: re-sequencing genomes, studies on structural variation and variability in SNP levels (single-nucleotide polymorphisms). At the same time, we are tackling the sequencing of very large genomes, like corn. We also analyzed how to manage the amount of sequencing information being produced. And finally, and very importantly, how this information is being used by large companies in the sector and how this knowledge is being applied to genetic improvement of farmed species. The guest scientists presented recent data from their laboratories and had the chance to debate the results presented by the rest of the participants.

What do you think of the B·Debate format?

I think it’s very good. Coming from a laboratory that has sequenced a plant genome, we were interested in getting a first-hand look at how the large international consortia are orienting research after obtaining the genome. These goals were met and surpassed, and the other participants from here at home also benefited from the event. The debate format, with few participants in a comfortable, secluded environment, isn’t what you normally find in congresses and scientific meetings. We get the chance to speak directly, calmly, with top international experts. It is undoubtedly a very interesting meeting format. 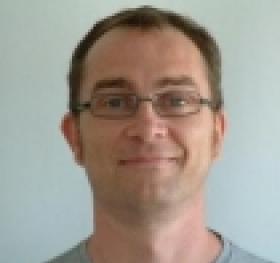