Cell therapy will play a significant role in regenerating the myocardia

Are current treatments for heart failure, like transplants and ventricular assist devices, the best option?

Where did work with cell therapy to repair myocardial damage begin?

Well, it all started with some experimental studies that indicated that bone-marrow stem cells were effective in reducing the size of infarctions and recovering myocardial contractile function in mice. My group was a pioneer in the United Kingdom, administering this type of cells in patients with cardiac injuries that had the possibility of being regenerated.

You decided to come to Barcelona three years ago. What motivated this change in your professional life?

Yes, in addition to the chance to push scientific knowledge forward in myocardial repair at a center like Vall d’Hebron, which is very important, I also took into account my fondness for this area and its people. It was a combination of factors.

Last November, 30 global experts met at the scientific debates held by B·Debate and VHIR in Barcelona, for which you were the scientific leader, to lay the foundation for new treatments with cell therapy.

Yes, our idea was to identify existing problems in the field of cell therapy on a basic experimental level in order to standardize research methods, agree on the parameters to be analyzed, and do so consistently to the same standards across various laboratories in order to compare techniques and results and move forward more quickly in this area. We also discussed the problems of applying this therapy in clinical care, as we not only have to identify the type of patients that could benefit from it, but also the type of cells, way to administer them, frequency, amount, etc. to do this safely and effectively.

What will be the next step after these debates? What will happen with all the knowledge generated and the points agreed-upon?

We will publish a document reflecting the debates and the consensus reached by all the professionals involved. Additionally, we agreed to create an international registry, which will be located in Barcelona, to monitor the evolution of patients that receive allogeneic cells that may lead to short- or long-term immunological reactions. We also agreed to continue holding this type of meetings to work to perfect research and clinical applications in this field.

Can new researchers join these meetings?

Yes, of course, it’s not a closed club. We’re a group of scientists representing all areas of basic and clinical research, and regulatory bodies in different countries. However it is important to keep the group small to facilitate direct interaction and frank debate.

What countries have advanced the fastest in cell therapy to regenerate the heart?

It’s difficult to say who is ahead because there is a lot of activity. There are many countries in Europe, including Spain, and here in Barcelona there is a lot of interest and it is probably the area with the largest critical mass in the country. Of course, there’s the United States and China. Also Japan, Korea and, more recently, China, which are highly committed to this field.

Your group at the VHIR will participate in the most important European study carried out to date in this field. What will it consist of?

The study will begin later this year. We will select 3,000 patients that have suffered an acute myocardial infarction affecting 45% or less of the left ventricle. Once we have shown that there is a decrease in ventricular contractility, we will process the stem cells from the patient’s own bone marrow and re-inject them in a second procedure with the aim of regenerating the heart muscle.

What hospitals are going to collaborate?

Nearly every country in the European Union has a center that is going to participate in this study, including various hospitals in Spain.

What role do biomaterials play in this field? You are working with the Institute for Bioengineering of Catalonia (IBEC).

Personally I think it is very difficult for the cells injected to take hold. In fact, most of the cells injected disappear in approximately three weeks. We are looking for alternatives, ways to keep these cells in an environment that is hostile when they are injected. Biomaterials can create a favorable environment for cell permanence, proliferation and differentiation. The combination of the IBEC’s experience in biomaterials and ours at the Vall d’Hebron in cell therapy can be highly advantageous.

What funding does the group you lead at the VHIR receive?

Basically from European projects lasting 4 to 5 years. Currently, for two of the most important ones, we have €1.2 millions in funding. We would like for there to be more support for this type of research both in Catalonia and in Spain.

Are we talking about non-personalized cell therapies?

It would be ideal to personalize them, but the expense would make it unfeasible for the current healthcare system. In some studies, for example in the research to preserve the myocardia we have been doing for years now, we try to identify the specific problem in each patient, looking not just at ischemic tolerance but also at response to cardioprotection and treatments aimed at reducing ischemic damage. Knowing the basic mechanisms, we can focus treatments on groups of patients with a specific, unfavorable condition.

When will the results of these studies be transferred to clinical practice?

Well, in fact, we are already treating some patients… It is key for effective treatments we see in the laboratory to be transferred to the clinical arena, as long as the patient doesn’t have any secondary damage. First, we have to make sure it is safe, and after, that it is effective. My advice is that we should conduct well-designed clinical studies, with few patients, that will give us the knowledge to progressively refine the treatments. After that, we’ll do wider-reaching studies, in phase three, to show, or not, the efficacy of the treatment and finally be able to apply it to the general population. Right now, conducting joint and parallel clinical and laboratory studies is both possible and advisable. 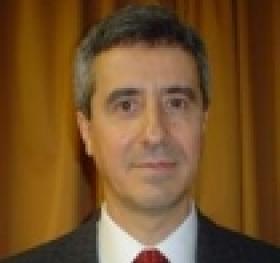