Jurists have seen tremendous changes thanks to science, but it will never take the decision out of their hands

New knowledge in neuroethics can have a direct impact on the justice system and laws that govern social order, as it helps to specify to what degree the accused is involved and responsible, as well as their chances for rehabilitation. Furthermore, breakthroughs in neuroscience can open up new pathways for preventative intervention and treatment of psychopathic anomalies. This topic was the focus of the scientific debate Neuroethics: from Lab to Law. A Scientific Scrutiny of Sociability, Responsibility and Criminality, held in November 2012 at CosmoCaixa Barcelona, which brought together top national and international researchers and experts in areas of neuroethics like sociability, responsibility and criminality. Dr. Adolf Tobeña and Dr. Òscar Vilarroya, director of the UAB “Social Brain” Chair, headed up this scientific event.

Neuroethics isn’t a frontier of research in neuroscience. The concept refers to the place where the neuroscience of sociability meets topics related with the law, justice and, even, philosophy and sociology. Meaning that neuroethics is a meeting place, a crossroads that generates multidisciplinary debate.

What was discussed at the B·Debate debates on neuroethics?

At B·Debate we discussed the extent to which research in cognitive neuroscience, and specifically neuroimaging techniques, can lead to changes in the way jurists approach the problems they have experienced and tackled for millennia: responsibility and criminal punishment. The B·Debate session on neuroethics at CosmoCaixa Barcelona was a groundbreaking experience in Europe.

Are jurists open to all the knowledge that comes from neuroscience?

The interest is mutual. In fact, initiatives to create a space for reflection come from both sides: neuroscience and legal disciplines. The two arenas share results and reflect together on the changes that all of this entails. Jurists, in fact, have experienced tremendous changes in their profession as a result of science.

Genetic diagnostic tests for matching DNA are key to legal evidence and to many trials. In some cases they are even definitive. But there are many other measures, like digital fingerprints and the systematic, meticulous study of crime scenes. The justice system, and in particular criminal law, has used this type of objective tests and evidence for at least two centuries. In recent decades legal evidence has become more complex, sophisticated and objective. We shouldn’t be surprised, thus, that professionals in the judicial system want to have contact with the knowledge that neuroscience can provide.

Could science advance to a point where neuroprediction of crime is possible?

Predicting human behavior, whether good, bad or harmless, is probably unfeasible. Neuroprediction belongs to science fiction, not science. Humans have a high degree of freedom in every area and can change our minds at any time, in a fraction of a second. The possible combinations are unprecedented. The idea of predicting whether a person will end up acting before they have done so is surely a literary device, but not a scientific one.

What are the main brain structures, neurotransmitters and genes involved in what has been discussed these days at the B·Debate sessions? Criminality, empathy, moral judgment, responsibility...?

All human behavior entails a huge effort from the brain. This involves a multitude of areas of the brain and neural circuits, where thousands of molecules work, which are regulated by thousands of genes. Behaviors cataloged by jurists as harmful and punishable don’t have a single specific structure, circuit, gene or neurotransmitter. Human behavior is a universe of spider webs made up of neurons, molecules and genes. Science is advancing, step by step, to continue working towards better-suited diagnostics and tendencies.

What is the starting point?

The first pieces identified were connected with aggressive behavior. Although human beings are extremely cooperative and pro-social, we also have the machinery to do bad. I don’t mean with auxiliary tools, but rudimentary methods like kicking, punching and biting. Humans must generate the desire to hurt another person in order to start up this machinery. The brain has circuits, structures, neuroregulators and genes that govern these actions. The first steps dealt with in science are in the field of aggressive behavior: gene or molecular steps that regulate the appearance of normal and abnormal aggressive behavior. The former is an attribute often found in recidivist criminality.

As one of the scientific directors of these B·Debate scientific debates, you began with an introductory talk and highlighted psychopathy. What is a psychopath?

Psychopathy isn’t a disease or a mental disorder. It is an extreme variety of normal behavior, a peculiarity of the multiple variants of human character. A psychopath knows the difference between right and wrong, but doesn’t care. They don’t suffer in hurting others, which is what makes them dangerous. But most criminals aren’t psychopaths. Most people in prison do wrong and cause harm because they are devoted to a paralegal or illegal commercial niche. The field of psychopathy in no way covers the whole field of criminality.

How should the law approach crime?

The law is an extraordinary invention that continues to be highly useful and perfectible, despite the possibilities for error. Jurists are superior to scientific contributions in establishing blame for a person’s actions, because the dynamic of weighted interactions among the various tests to pass judgment is more complex and subtle than the scientific data corresponding to an instant (or to various instants).

So, what role should science play in the field of justice?

There are many tests, checks, procedures and, even, thought tools that science can contribute to help jurists be more prudent, subtle and coherent in their decisions. To further refine, for example, degrees of culpability, responsibility and cruelty, among other issues. Legal professionals can have more tools to consider extremely complicated notions, but science will never take a weighted and fair decision out of their hands. 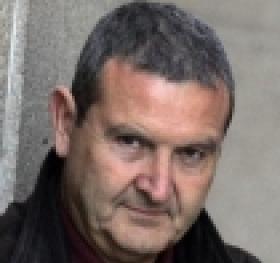