The food paradox: between abundance and safety

The third debate in the ‘Feeding the world’ debate series offered by B·Debate and the CCCB will be held Monday at 7:30 pm. The guest speaker is Wilhelm Gruissem, professor of Plant Biotechnology at the Swiss Federal Institute of Technology in Zurich (Switzerland) 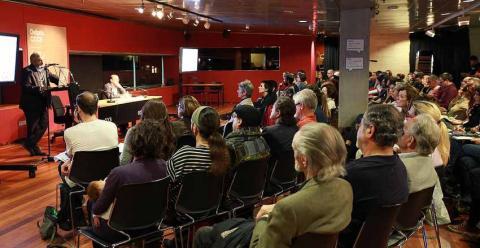 The economic crisis, climate change, increasing fuel prices and the growing world population are necessitating a change in our agricultural model in order for us to feed the global population. In the coming 50 years, we will have to produce more food than we have in the whole history of humanity.

Current biotechnology allows us to increase the production of vegetables tenfold compared to traditional methods for farming specific plant species. Humans have intervened in natural processes to improve crops, fruit trees and livestock for thousands of years in order to obtain more productive and adaptive varietals.

Nowadays, biotechnology techniques allow us to speed up the process of improving a species exponentially. This revolution plays a key role in feeding the global population, especially in the most underprivileged areas of the globe. Recently, a group of researchers from the Swiss Federal Institute of Technology in Zurich (Switzerland) led by Dr. Wilhelm Gruissem has developed a new variety of cassava, a tuber consumed frequently in Africa, that is resistant to the two parasites that most affect crop yield on this continent.

In industrialized countries, food consumption seems to be characterized by an important paradox: there is a wide variety of food on offer that gives us enormous selection, but the growing concern of society about the food they eat is greater than ever, so the common question is: “What is safe to eat?”.

These are some of the issues that will be dealt with on 5 and 8 November 2012, at two events in the series of debates Feeding the World. Security and Sustainability in Global Food Production, organized by B·Debate —an initiative of Biocat and the “la Caixa” Foundation— and Centre de Cultura Contemporània de Barcelona (CCCB). These debates are open to the general public.

Monday, 5 November 2012
The Role of Biotechnology in a New Food Model
Wilhelm Gruissem, professor of Plant Biology at the Swiss Federal Institute of Technology
Moderator: Pere Arús, scientific director at the Institute of Agrifood Research and Technology (IRTA)
The debate will be held in English with simultaneous translation into Catalan.

Thursday, 8 November 2012
Food Modernity: Between Overabundance and Insecurity
Jesús Contreras, professor of Social Anthropology at the University of Barcelona and director of the Food Observatory
Moderator: Toni Massanés, general director of the Alícia Foundation