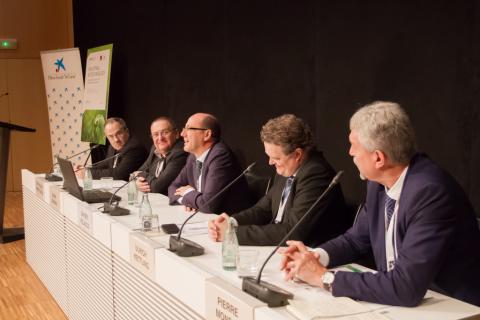 Researchers from all over the world, including scientists from the Center for Genomic Regulation (CRG), are analyzing more than 25,000 samples from 1,000 deceased donors to study human gene expression and regulation. They are members of the GTEx project, which is meeting for the first time in Europe to share updated results of their research. Called together by B·Debate –an initiative of Biocat and the “la Caixa” Foundation– they will meet at the Barcelona Biomedical Research Park (PRBB) on 20 and 21 April.

The project, which began five years ago and is funded by the United States National Institutes of Health (NIH), aims to create an atlas of molecular anatomy information on multiple human tissues and organs, with an accurate description of which genes are expressed in specific tissues and to which degree. This information may help describe which gene-expression dysfunctions lead to disease and, therefore, help prevent or detect them early.

The main medical applications the project leaders highlight include biomarkers to identify the mechanisms of complex diseases like type-2 diabetes, multiple sclerosis, Parkinson, cardiovascular diseases and mental problems like antisocial personality disorder. All of the data generated through GTEx is open to all and, so far, approximately 47,000 researchers have used the database and more than 1,000 articles have been published.

The members also highlight that the project is just as important to humanity as the Human Genome Project (to map the more than 23,000 human genes), the ENCODE project (to identify the functional elements of the genome) and the Human Epigenome Project (to discover the mechanisms that regulate gene expression).