Neuroregeneration, a gateway to curing spinal-cord and brain injuries 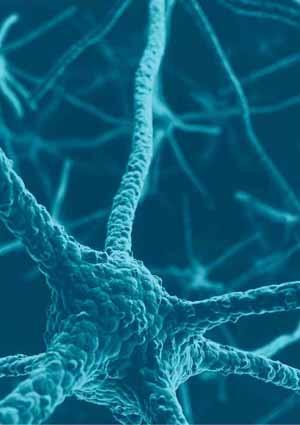 A In Catalonia there are 3,500 people with spinal-cord injuries and there are 210 new cases each year. In recent years, research into robotics and stem cells, among other topics, has led to the development of new methods to favor recovery from neurological injuries that have raised expectations that we will have curative treatments for these patients in the near future.

National and international experts will meet at CosmoCaixa Barcelona, invited by B·Debate and Guttmann Institute, on 23 and 24 October with the aim of sharing breakthroughs in the latest neuroregeneration therapies, discussing how to improve prognosis and recovery for spinal-cord injuries and how to optimize the nervous system’s regenerative capacities. The event entitled Neuroregeneration: Is it the common frontier for Bioengineering, Neuroscience, Robotics and Neurorehabilitation? is headed up by scientific leader Dr. Josep Maria Tormos, director of research at Guttmann Institute.

Catalonia, an important hub in this field of neuroscience

Catalonia has a large number of neuroscientists, clinical experts in neuroscience, experts in biomedical engineering, robotics and artificial intelligence that is qualitatively, and in many cases also quantitatively, equivalent to that found in large science hubs like Massachusetts, Munich, Paris, California and Israel.

According to the World Health Organization (WHO) Projections of mortality and burden of disease 2002-2030, neurological injuries are the source of three of the six main causes of morbidity in the world, like for example strokes and neurodegenerative diseases. The central nervous system’s limited capacity for self-repair after neurological injury is the main cause of these conditions becoming chronic. In the nineties and the first decade of this century, we believed these injuries to be irreversible. However, neuroregeneration, the creation or repair of neurons, allows us to keep the hope of curing spinal-cord and brain injuries alive.

Scientific discoveries in recent years have set the bar so high that the question in no longer whether or not it will be possible but when they will be available and how lost functions will be reestablished after a neurological injury, like spinal-cord injury or brain damage.

In the 90s, it was shown that neurons have the ability to regenerate in vitro. Afterwards, scientists sought to determine whether this capacity persists in vivo. Since then, they have worked to learn the biological significance of this fact in terms of the nervous system and how this neurogenesis occurs, with the aim of being able to modulate it and use it to favor recovery from neurological injuries and design curative treatments. Furthermore, animal models have shown signs that this hypothesis is scientifically feasible.

Noteworthy participants in this B·Debate event include Juan Carlos Izpisúa, director of the Center of Regenerative Medicine in Barcelona (CMRB); Daniel P. Lammertse, one of the most experienced and world-renowned researchers in advanced regeneration therapies for spinal-cord injuries and director of the Spinal Cord Injury Program at Craig Hospital; John Steeves, professor of Neuroscience at the University of British Columbia (Canada) and director of ICORD (International Collaboration On Repair Discoveries) and SCOPE (Spinal Cord Outcomes Partnership Endeavor); Alvaro Pascual Leone, professor of Neurology at Harvard Medical School and director of the Berenson-Allen Center for Noninvasive Brain Stimulation; and Joan Vidal, head of the Brain Injury Unit at Institut Guttmann.

As a springboard for these debates, on 22 October, Institut Guttmann is holding their XXV Institute Guttmann Technical Workshop entitled Neuroregeneración. ¿Dónde estamos? ¿Qué tenemos que esperar? (Neuroregeneration: Where are we? What can we expect?), which is open to the general public. The workshop, which will be moderated by Jorge Wagensberg, scientific director of the "la Caixa" Foundation, will feature a scientific debate among four international experts in neuroscience. Afterwards, the book Niños con traumatismo craneoencefálico. Guía para padres (Children with traumatic brain injury. A parents’ guide) will be presented, featuring Catalan Minister for Health Boi Ruiz and the stories of patients and relatives affected by this neurological disorder.