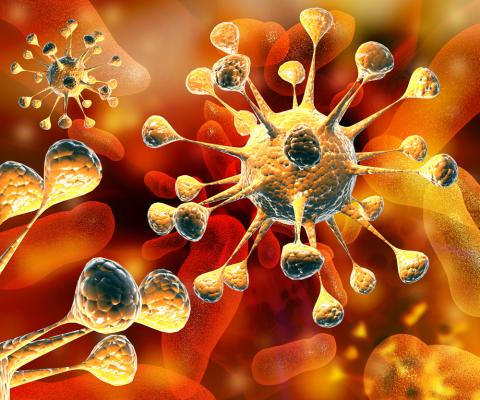 Synthetic biology gives organisms new functions they don’t naturally have. In some countries, like the United Kingdom, it is already becoming an essential technology for applications that may contribute, for example, to detecting and treating cancerous tumors, producing drugs or recreating extinct species.

Various leading scientists who are experts in this field will discuss the medical applications of synthetic biology at the upcoming B·Debate, an initiative of Biocat and the "la Caixa" Foundation. The event, which will take place on 17 and 18 September at CaixaForum Barcelona, aims to bridge the gap between the different positions and find applications for synthetic biology that meet society’s needs.

The program for these sessions features several speakers including Wendell Lim, of the University of California (San Francisco), who will speak about how to program and change the cell signaling systems through which a cell understands its environment. In this field, Lim’s research aims to build cells with customized detection/action functions, like for example immune cells that can recognize and treat cancer cells.

Steen Rasmussen, of the University of Southern Denmark, will speak about how to create the building blocks of life. He will present the main results of his research into strategies to build a physical-chemical system with at least the capacity to self-reproduce and evolve. Mustafa Khammash, of ETH Zürich, will discuss the topic of cybergenetics: synthetic circuits and systems to precisely control living cells. The current convergence of modern genomic manipulation techniques and powerful analysis methods is allowing us to move towards a new area of research to regulate cell processes at a genetic level, and could allow us to precisely control the dynamic behavior of some living cells.

Timothy Lu, of the Massachusetts Institute of Technology, will present some of the possibilities synthetic biology offers for improving human health and solving different problems in biomedicine, biotechnology and other fields. Additionally, Farren Isaacs of Yale University will speak about genetic code, taking into account that fundamental changes in this code could reveal subtle new discoveries in how this genetic information is encoded and exchanged. He will speak about new technology in genomic engineering that allows scientists to make versatile modifications to the genome and will explain how these techniques are being used to obtain genetically re-coding organisms.

And Ricard Solé, of Pompeu Fabra University, who will shed light on the evolution of life on our planet, which has been characterized by a series of important innovations like the origin of cells, multicellular organisms, language and even consciousness. At the same time, he will also defend the fact that synthetic biology can bring new perspectives and create new biological innovations.