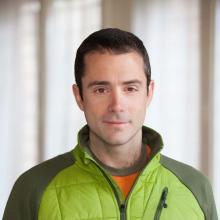 Dr. Olle is a co-founder and Chief Executive Officer of Vedanta Biosciences. Dr. Olle is also a venture partner at PureTech Health. He has been a member of the founding teams of several companies of the PureTech portfolio and has served as a member of the Board of Directors of Vedanta Biosciences and Follica Biosciences. In 2013 Dr. Olle was named "Innovator of the Year" in MIT Technology Review Spain's "Innovators under 35" awards, and in 2015 he was awarded the Princess of Girona business award by the King of Spain. He completed his doctoral work at the Chemical Engineering Department at MIT, where he developed a novel method for large scale bacterial culture. During his graduate work, Dr. Olle was awarded the "la Caixa" fellowship. Dr. Olle received his B.Eng. In Chemical Engineering from Universitat Rovira i Virgili, Spain, his M.S. and PhD in Chemical Engineering Practice from MIT, and his MBA from the MIT Sloan School of Management. He has published his work in journals including Nature and Nature Biotechnology.