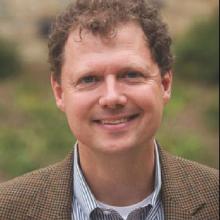 Kerry J. Ressler,MD,PhD, is Professor of Psychiatry at the Harvard Medical School and the James and Patricia Poitras Chair in Psychiatry, Chief Scientific Officer, and Chief of the Division of Depression and Anxiety Disorders at McLean Hospital.  He began this role in August, 2015, after serving at Emory University in Atlanta for 18 years.  He is also the 2016 President-Elect of the US Society for Biological Psychiatry. He received his Bachelor of Science degree in molecular biology from M.I.T., and his M.D./Ph.D. from Harvard Medical School. In 1992 at Harvard, he was the first student of Dr. Linda Buck (Nobel Prize, 2004), helping to identify the molecular organization of the olfactory receptor system.  Dr. Ressler is a previous Investigator of the Howard Hughes Medical Institute and a current member of the National Academy of Medicine (formerly the IOM).  His work focuses on translational research bridging molecular neurobiology in animal models with human genetic research on emotion, particularly fear and anxiety disorders.  He has published over 250 manuscripts ranging from basic molecular mechanisms of fear processing to understanding how emotion is encoded in a region of the brain called the amygdala, in both animal models and human patients.