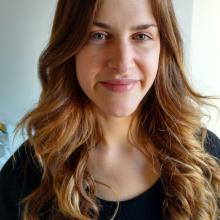 I am an Assistant Professor at the London School of Hygiene & Tropical Medicine and the Barcelona Institute for Global Health (ISGLOBAL).

My research is funded by a Royal Society Dorothy Hodgkin Fellowship, supported by the Global Challenges Research Fund. I am the Principal Investigator of the project "Modelling the impact of global environmental change on vector-borne disease risk".

I graduated from the University of East Anglia in 2004 with a First Class BSc (Hons) in Meteorology and Oceanography with a year in Europe. I spent one year at the University of Granada, Spain, reading Environmental Science. In 2007, I completed an MSc with distinction in Geophysical Hazards at University College London (UCL), where I received a UCL Graduate Masters Award. In 2011, I obtained a PhD in Mathematics at the University of Exeter (PhD Thesis: Spatio-temporal modelling of climate-sensitive disease risk: towards an early warning system for dengue in Brazil). Alongside my PhD, I was a Network Facilitator for the Leverhulme Trust funded project EUROBRISA: a EURO-BRazilian Initiative for improving South American seasonal forecasts. During the project, I collaborated with climate scientists and public health experts in Brazil, which resulted in my continuing participation in the Brazilian Climate and Health Observatory.

From 2010-2012, I was a Visiting Scientist at the International Centre for Theoretical Physics, where I worked with the Malawi Ministry of Health to develop predictive models for malaria and a platform to integrate climate information and rural telemedicine. From 2012-2016, I was a Postdoctoral Scientist and Head of Climate Services for Health at the Catalan Institute for Climate Sciences (IC3).