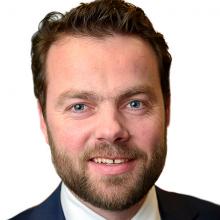 Robert van der Vooren is an international open science consultant since 2018. At the moment working for higher education organizations in Norway, Ireland, Belgium and Netherlands. He started his open science specialization as national open access negotiator for the Dutch universities in 2014 in. With innovative negotiations a massive increase of open access was achieved at no extra cost (offsetting deals). Robert was co organizer of the Amsterdam Call to Action during the 2016 Dutch Presidency of the EU. In 2017 and 2018 he designed and implemented a research data strategy for the Radboud University. Robert is a special advisor in the EUA expertgroup Open Science 2.0.