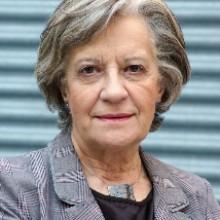 Professor of Moral Philosophy at the Autonomous University of Barcelona, she is also President of the Víctor Grífols i Lucas Foundation and Chairperson of the Bioethics Committee of Spain.

Her professional career has included a period as a member of the Audiovisual Council of Catalonia from 2002 to 2008, and she was chairperson of the Commission for Television Content from 1993 to 1996, a period during which she was an independent senator for the socialist party of Catalonia and Spain, the PSC-PSOE.

Victoria Camps' professional achievements have been recognised by the Josep Mª Lladó Prize for Freedom of Expression, in 1999; the Prize for Achievement in Education, awarded by the Regional Government of Andalucia in 1999; and the Menéndez Pelayo International Prize, received in 2008.